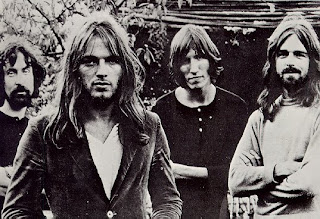 Under UK law the author of a musical work that is computer-generated is the person by whom the arrangments necessary for the creation of the work are undertaken (CDPA1988 s. 9 (3)). So far so simple. But a computer-generated work, the Act tell us, is one of which there is no human author (CDPA 1988 s.178).

David Cope, Dickerson Emeriti Professor at the University of California-Santa Cruz has spent decades working on programmes that "compose" music, reports Ars Technica. Says Cope, "as time progressed ..... I got this idea of data-driven programming. Instead of me writing all the rules for the program, I would create a database of music and have the computer analyze that data to attempt to produce something like it."

The Professor produced EMI (pronounced "Emmy"). "EMI was originally developed to analyze [Cope's] own musical style by feeding it past compositions in hopes of finding patterns—little musical signatures that only he does—and replicating them in new ways". This proved unpopular with musicians - or at least their agents: "A number of big-name classical performers expressed interest, but their agents wouldn't let them touch it with a ten-foot pole, citing industry controversy. They thought it would blemish the name of the performer......" Explore EMI's works as MP3 files here.

Below: A Ten Foot Pole

Now, Professor Cope, looks set to stir up fresh controversy with his new brain child "Emily Howell". Ars Technica reports: "Instead of feeding Emily a database of works that already exist, he gave her a collection of works that EMI had produced to get it going and, from there, she began working on her own musical style. Cope described Emily's style to be similar to modern composers, a "sort of an amalgam of all styles" and very contemporary. But what makes Emily interesting isn't just that; it's the fact that she can take audible feedback—musically or verbally—from an audience in order to modify her compositions."

Cope tells us that"The program produces something and I say yes or no, and it puts weights on various aspects in order to create that particular version. I've taught the program what my musical tastes are, but it's not music in the style of any of the styles—it's Emily's own style."

And Emily?: She is soon to release "her" first CD on Centaur Records. And for the record company, just think of the savings on stylists, photographers, make up artists, and the rest of the army of promotional primpers and crimpers that support many an artist.
Posted by Harcourt at 3:18 pm

You might also like the RJDJ app for the iPhone, which generates "scenes" from ambient sounds using the microphone and then inputted through various filters and things that can be set up.

I think it also potentially brings up lots of copyright questions, particularly around derivative works / adaptations.