The Talent Breaks Ranks and Fights for the Audience

A Report received in June by the UK's Strategic Advisory Board for Intellectual Property (SABIP), Attitudes and Behaviours of Digital Consumers in the On-line World, turned up the juicy and instructive fact that consumers would be happy to pay for content if they believed the income was benefitting the creative community. This powerful aid to the arguments of creators who, not unnaturally, would like to be paid for digital use of their work, did not immediately prompt a shift in the public policy position of the creative community. Until now. At last, music creators have taken a public stand independent of their contractual partners (or should that be masters?). 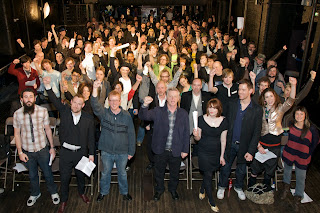 Last week the UK's Featured Artists' Coalition (FAC) released a joint statement with the British Academy of Songwriters Composers and Authors (BASCA) and the Music Producers' Guild (MPG). The statement argues that the government's new position on P2P and the disconnection for warned repeat offenders would not result in a music industry that is "vibrant, functional, fair and competitive".

The statement continues: "As a result, we believe that the specific questions asked by the consultation [see below] are not only unanswerable, but indicate a mindset so far removed from that of the general public and music consumer that it seems an extraordinarily negative document." 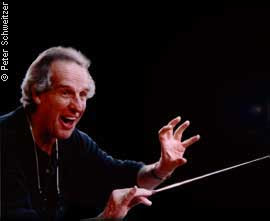 Hooray! It's all about the audience, stupid. Or in the words of Benjamin Zander, conductor of the Boston Philharmonic, "if nobody wants to listen to your music there is nothing you can do to stop them". Is this the dawn of the talent driving the debate? The solution is not to be found by trying to shoehorn real world business models into the metaverse. Creators have a chance to harness consumers' sympathy and apply the huge repository of their creative imaginations to workable future digi-business models.

Music Week, the UK music industry's organ, reported support from UK Music: "UK Music is pleased that Government is proposing accelerated and proportionate action to meet their stated ambition of reducing illegal file-sharing by 70-80% within 2-3 years". FAC, BASCA and the MPG are members of UK Music. UK Music is a coalition, "an umbrella organisation representing the collective interests of the UK’s commercial music industry, from artists, musicians, songwriters and composers, to major and independent record labels, managers, music publishers, studio producers and collecting societies." Of course it helps if the industry speaks with one voice - it is less confusing for parliamentarians, civil servants, the public and the press. But contractually inherent in a competitive industry is conflict of interest - so it was only a matter of time before the coalition stumbled up against an issue (or should that be THE issue) that could fracture solidarity. Record companies and publishers need recording artists and writers more than the artists and writers need the record companies and publishers (something the writer, fruitlessly, tried to point out to the talent in the mid-90s when the coalition was formed).
Estimates for the damage done to the music industry by file-sharing (see Consultation on Legislation to Addess Illicit P2P File-Sharing) were approximately £180 million per year (£152 million for film and tv). The plucky triumvirate of talent assert this estimate is based upon the premise that a P2Ptrack results in a lost sale. "..... the estimate is no more than "'lobbyists' speak' [as] it has little support from logic and no economist would seek to weave such a number into a metric aimed at quantifying a 'value gap' for the industries challenged by P2P....." The joint statement notes that the consultation following Lord Carter's Digital Britain Report had thrown up an estimate of £56m-£85m as costs for monitoring illegal file-sharing and labelled such an estimate a "gross underestimate". "Looking backward for insight into how we adapt mass-production product models to the digital age of access and services has been a major obstacle to progress over the past decade................We must begin to look forward to business models that we cannot even imagine yet."
"As creators' representatives, we are willing to be partners with government in exploring and navigating the opportunities and challenges brought by digital technologies. What we will not be a party to is any system that alienates our members' existing audience and potential new audiences"

The Back Story:
Readers will recall that the UK's Business Secretary, the gorgeous, pouting Peter Mandelson, returned from his summer idyll recently, and on August 26th publicly embraced disconnection for illegal file sharers, presumably having overlooked the fact that this had not been the UK government's position in the Digital Britain Report published in June this year.
Baron Mandelson of Foy, First Secretary of State (an honorific office) and Lord President of the Council was accused by Tom Watson MP (who until recently had overseen the goverment's internet policy) of "unravel[ling] Stephen Carter's settlement" and that this new position would be "pander[ing] to rightsholders who have failed to find new business models for the digital age". (He makes it sound so simple, this new business model malarky).

In response Mandelson burst into print in The Times on August 29th, saying "we would consider legislation that includes temporary account suspension only if it was seen as the sanction of last resort. It would only follow a well-established series of warnings and clear evidence that they were taking action to defend their own rights. This will not turn your ISP into Big Brother. The process is driven by rights holders reporting activity on public file-sharing websites rather than service providers monitoring individuals’ internet traffic."
Resiling, my Lord?
The "Mandelson position" was welcomed by the record industry with BPI CEO Geoff Taylor supporting the move (shift?), saying:"Digital piracy is a serious problem and a real threat to the UK’s creative industries. Today is a step forward that should help the legal digital market to grow for consumers. The solution to the piracy problem must be effective, proportionate and dissuasive. We look forward to working with Government and ISPs on the details of these proposals to ensure these objectives are met.”
Music Tank, the University of Westminster's business development network carries a summary here and an interview on the subject with Jon Webster, the Music Managers' Forum Chairman, here.

The Featured Artists' Coalition's manifesto for the digital age is here.
Posted by Harcourt at 12:22 pm