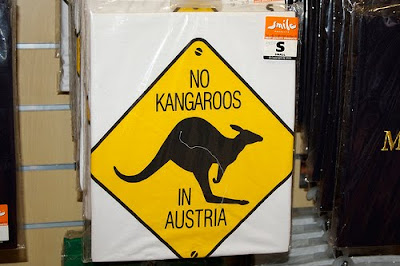 Australia's Federal Court is expected to fast-track a decision in a case brought by AFACT (the Australian Federation Against Copyright Theft) on behalf of a consortium of film and TV companies against the Australian internet service provider iiNet. The case centres on the ISP’s liability for illegal file-sharing committed by its customers. AFACT are suing for damages, and want iiNet to be forced to disconnect any customers it knows are illegally sharing music online. In France and Taiwan a ‘three strikes’ law is already in place and in the UK a similar regime is planned as part of the new Digital Economy Bill which Culture Secretary Ben Bradshaw believes will become law before the next election. Controversy still surrounds the role of ISPs and mobile companies in regulating their customers illegal activities, and in the UK Talk Talk’s boss Charles Dunstone has said he might fight the three-strikes law in court if his lobbying efforts to stop the anti-piracy system becoming law fails.

In all the countries where the new system is in place it has been brought in by the legislature, although in the US MGM v Grokster held that those who induce infringment are liable for the resulting acts of infringement by third parties. In Australia it seems that the content industries are looking to a civil action, hoping that a successful action against an internet provider over the issue will set an important precedent – which the legislature could then formalize. There is ,of course, no guarantee that the claim will succeed. In the UK the BPI have been hesitant to take a civil law action against the organisers of the Oink file sharing service, accepting a case would probably have to go to the Supreme Court for a final ruling. Indeed criminal charges against founder Alan Ellis failed in the Crown Court and a recent claim by the IFPI against Baidu in China for providing links to infringing sites failed in the Beijing No. 1 Intermediate People's Court.

AFACT and iiNet had both presented their arguments in court last October and a ruling on the matter was not expected until later this year. However it was announced yesterday that a judgment will now be made next Thursday. Following the court hearings last Autumn, iiNet's CEO Michael Malone told reporters he was confident his company would win the case, saying: "We do not, and never have supported, encouraged or authorised illegal sharing or downloading of files in breach of the copyright laws". Even if iiNet win, it is likely the government will give some time to reviewing copyright rules, which might result in a three-strikes system being introduced in all events - although I imagine Australian ISPs and mobile companies will be as vocal as Dunstone has been in the UK, telling reporters that if the Digital Economy Bill does become law his company will refuse to send out warning letters and will consider "all options" for challenging three-strikes through the courts saying "I think there is a problem if an industry thinks its business model will be saved by legislation. While the music industry focuses on getting these laws through, it won't be concentrating on reinventing its business - which it obviously needs to do as its model is out of date. Its customers have gone on strike and turned to piracy because the old model doesn't work. There is no need to pursue this letter-sending and disconnection policy, when [record companies] can just individually prosecute people who have violated copyright rules".