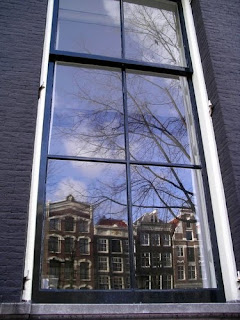 I read with interest a blog written by Willian Patry, a senior copyright lawyer with Google (although his blog is completely independent from his employer), about how the actions of a certain major film studio have driven him to cancel his Netflix subscription. You can read his blog here.
Netflix is a US subscription service which is broadly equivalent to the UK's Lovefilm service and offers DVD and Blu-ray disk rental by mail. If you sign up to a monthly subscription plan one of the great benefits is that no late fees are payable, no matter how long you keep a DVD (provided you return it before your subscription expires!).

According to Patry, Netflix agreed with Warner to a 28 day embargo on renting the latest movies, in exchange for reduced DVD purchase costs. As a result Patry has cancelled his subscription and observes that "Netflix's new business model is, apparently, the old business model of businesses first, consumers last". Patry also adds that "I expect the new business model will also be bad for Netflix and the studios. Instead of watching movies, I will do something else.".

It seems to me that the deal could also have another unintended effect. Old business models do not legislate for the advent of high-speed broadband, the ubiquity of pirate sites and the ease and speed with which infringing content may be viewed online. If consumers know that content is available legitimately in one form or other (in this case via physical sales of DVDs) but cannot obtain such content when they want it or how they want it (in this case via download, streaming or rental of a physical copy), surely they may be driven towards illegal sources. Piracy is so rife that in any event one may expect a distribution strategy to involve making it as easy as possible for consumers to obtain a legitimate copy of the content, via as many mediums as possible. Warner seems to have chosen the reverse strategy.

This comes as a surprise because Warner are leading the move towards day-and-date VOD releases and are generally seen as quite innovative, all of which makes their arrangement with Netflix more puzzling. However, we must assume that the economics work in each party's favour. See here and here for two examples of WB taking the lead on distribution strategies.

South Korea provides an interesting case study. In South Korea 95% of households have a broadband connection, making it the most "connected" country in the world (source here), and it also has some of the fastest broadband speeds in the world, with speeds of 49.50 megabits per second (source: "Speed Matters" report released by CWA in August 2008 as quoted by USA Today, 20th August 2009). In 2008 Warner Bros., the last major studio to have a home video and DVD unit in Korea, withdrew its operations. Its move was seen to cap a steady withdrawal of Hollywood studios' home video and DVD units, hurt by the slowing sales and continued illegal downloading of videos on the Web. "The Korean video and DVD Market was valued at 100 billion won in 2003 but began to decline in 2004, undermined by the growing availability of online download services, many of which were illegal. In 2007/8, the home video and DVD market was estimated at 56.9 billion won" (source: The Korea Herald, 12th November 2008).
Posted by JDK at 11:01 am