Paterno on Paternity - which Walsh? 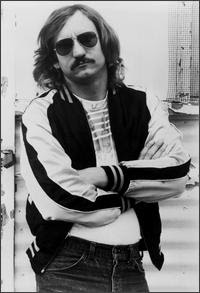 Joe Walsh (left and right) - which one has life been good to?

IP litigators, bound to adopt a serious tone on behalf of their clients, may envy the tenor of the recent letter before action on behalf of The Eagles' Joe Walsh to Republican Congressional candidate for Illinois, Joe Walsh. According to Billboard Joe Walsh (candidate) has co-opted the song "Walk Away" by Joe Walsh (musician and songwriter) - albeit with new lyrics - for use in his (Joe Walsh's) election campaign.

Confused? Peter Paterno, The Eagles' Joe Walsh's LA-based lawyer thinks you might be. Or as Paterno puts it in his letter to the the candidate: "Given that your name is Joe Walsh, I'd think you'd want to be extra careful about using Joe's music in case the public might think that Joe is endorsing your campaign, or, God forbid, is you."

Paterno then goes on to tell Joe Walsh a thing or two about US copyright law: "It says a lot of things, but one of the things it says is that you can't use someone else's song for your political campaign promotion unless you get permission from the owner of the copyright in the song. As far as we can tell you didn't do that. Maybe you got so busy with the campaign that you just forgot. But that's not OK.

"Second, under that same United States Copyright Act, you're not allowed to take someone's song and change the lyrics. This is not to say you're not allowed to write silly lyrics, you just have to write them to your own music. Now, I know why you used Joe's music -- it's undoubtedly because it's a lot better than any music you or your staff could have written. But that's the point. Since Joe writes better songs than you do, the Copyright Act rewards him by letting him decide who gets to use the songs he writes."

On January 28th, Joe Walsh wrote an open letter in reply to Peter Paterno about Joe Walsh, which, while emphasising how much Joe Walsh would like to "sit down" with Joe Walsh, included such gems as "first, I am a political candidate, not a rock star (though always dreamed of being one)" and the reassurance that " to be honest, and I mean no disrespect, I am not in this race to win the approval of a Hollywood entertainment attorney." Charming. Joe Walsh goes on to say: "Peter, I have to say that I’m surprised you and Joe Walsh (the rockstar) even made an issue of this. I encourage you and everyone else who is learning about this in the media (because, again, that’s where we first learned of it!) should go watch the video and determine for yourself what it’s all about. I must admit, I’m beginning to think that because I’ve been out there for a few months as a “tea party conservative” candidate, all you liberals out in Hollywood are using this to attack someone whose beliefs you don’t understand and always disrespect (can you say Sarah Palin?). "

Joe Walsh does, however, refer Peter Paterno and Joe Walsh to Campbell v. Acuff-Rose Music, 510 U.S. 569 (1994) - the adaptation vs parody dispute over Roy Orbison's Oh Pretty Woman. But you will be unable to judge for yourselves because the YouTube video link carried on the Rolling Stone site has been removed.
The real Joe Walsh here
The other Joe Walsh here
Other disgruntled rockers here
Posted by Harcourt at 11:46 am