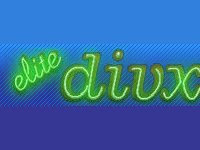 Via International Law Office comes a note by Ives Jadraque (Grau & Angulo) entitled "Murcia Court of Appeal Decision on Conduct Through P2P Networks". This describes a decision of that court last September as to whether the creation and administration of a website can be a criminal offence under Article 270 of the Criminal Code. The website in dispute here was www.elitedivx.com, which facilitated peer-to-peer file-sharing. While the trial court considered the provision applicable, the Murcia Court of Appeal took the opposite view. Comments Ives Jadraque:

"The appeal court gave no clear guidance on whether providing links to P2P systems with the aim of making a profit is a crime against intellectual property, stating only that "the conducts that are carried out through [P2P networks]" can be considered as a crime against intellectual property. The question is thus whether the conduct carried out by the defendants can be considered as having been carried out through P2P networks.

The decision is important because it expressly refers to the possible criminal nature of exchanging files through P2P platforms, stating in particular that such conduct implies reproduction and public communication (Article 270 of the Criminal Code) whenever that conduct causes detriment to a third party's rights (a feature of P2P exchanges, according to the appeal court) and has a profit-making aim.

The appeal court's considerations on the requirement for a profit-making aim, established in Article 270, are remarkable. The court considered this requirement to be fulfilled on account of the profit obtained by the defendants from the adverts on the website. This interpretation differs not only from that of the Cartagena Criminal Court, but also from other recent case law, where profits were also obtained from adverts. In these cases it was established that there had been no profit-making aim because such benefits were not directly linked to the provision of access to P2P networks".