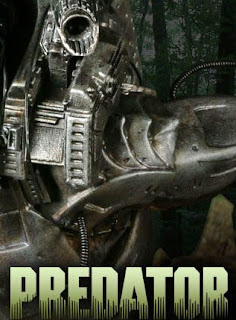 Writing for the ever-informative TorrentFreak, Ernesto brings news ("Pirate Bay’s Ipredator VPN Opens To The Public") describes how the Ipredator anonymity service offers, for just 5 euros a month, a virtually private network (VPN) through which users can conceal all their internet traffic, naturally including torrent downloads, from any curious third parties who might be wanting to spot their downloading activities. He writes:

"In the last year, pressure from the entertainment industries on ISPs and governments to crack down on copyright infringers has steadily increased, resulting in ISPs sending out mass copyright warnings. This, of course, is coupled with the looming specter of three-strikes legislation aimed at disconnecting copyright infringers.

... Users of BitTorrent and other file-sharing networks have increasingly turned to solutions that hide their identities from the outside world, rendering these new anti-piracy initiatives useless. The IPREDator service from the founders of The Pirate Bay opened up to the public this week, and is undoubtedly the most talked about newcomer in this business.

With a beta launch coinciding with the introduction of the controversial IPRED law in Sweden, the service promised to offer users an anonymous connection to the Internet. IPRED gave the copyright holders increased power to track down pirates, and with the launch of IPREDator the creators neutralized this new ‘threat’.

... Ipredator allows users to connect to the Internet while hiding their own IP-address. The interest in services like this is booming. In Sweden alone, an estimated 500,000 Internet subscribers are already hiding their identities online, and that number is expected to rapidly grow in the new year.

... we were told by former Pirate Bay spokesman Peter Sunde that contrary to what the legal page states, no logs of any kind are kept by Ipredator.

...While Ipredator owes its name to the IPRED legislation, the team behind it is also working to crush the Swedish wiretapping law (FRA) that was introduced earlier. Sunde explained in a recent writeup how they are planning to not only encrypt the connection between individual users and the VPN, but also the entire stream of outgoing data from the VPN until it has passed Sweden’s borders. ...".

How strange it is that, whereas only a couple of short decades ago, the copyright industries were pinning their hopes on technical devices and solutions as a means of protecting their works against unauthorised users, now it's the unauthorised users that are pinning their hopes on increasingly sophisticated technical means of protecting their freedom to copy against the predations of IP legislative enforcement.
Posted by Jeremy at 9:18 pm

Strange? Not in the least. It follows the pattern repeatedly predicted by, well, everyone who has even the faintest grasp of what they’re talking about.

For as long as the pinning of hopes on technical solutions has been going on, everyone with any understanding of the technical and information-theoretic issues who has not been actively involved in selling fairy dust has realised that working DRM is unachievable. Technology and the underlying mathematics are fundamentally against it. Throwing more money at the problem will not change this.

As Cory Doctorow recently put it: the act of copying will never again be as difficult as it is today, for the rest of human civilisation. It will only get easier.

Anyone relying on technology to force people to change their behaviour is therefore royally screwed.