It's All (Hopefully) Coming Back To Me Now

Back in September, blogger Hugo reported that Eminem sued his record label, Aftermath, over unpaid royalties in connection with sales of his music through iTunes. 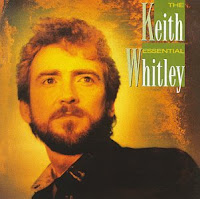 Now comes news that the family of late country singer Keith Whitley is doing the same. The suit filed by Whitley's widow and children against Sony Music Entertainment alleges that SME failed to pay certain bonus royalties when Whitley's album reached various sales thresholds. The suit also claims that SME failed to pay the increased royalty rate for downloads that allegedly should have been considered licensed transactions.

The Eminem suit was heard within the jurisdiction of the U.S. Ninth Circuit Court of Appeals, which held that downloads were indeed licensed transactions subject to the higher royalty under Eminem's recording contract. The Whitley family's suit, on the other hand, was filed in New York State Supreme Court. If the case is transferred from state to federal court, it would fall under the jurisdiction of the U.S. District Court for the Southern District of New York and the Second Circuit Court of Appeals, where the Eminem case would be persuasive but not precedential (meaning that the court may choose to consider the Ninth Circuit holding, but is not required to do so).

If the Whitleys succeed in their claims for back-royalties from SME, two jurisdictions will have weighed in on the side of the artists. It is likely that other similar suits will not be far behind.
Posted by Miri Frankel at 4:55 pm