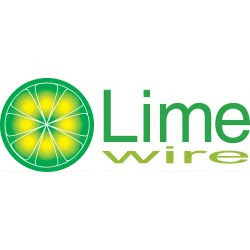 Judge Kimba M Wood in the Federal District Court in Manhattan has issued a permanent injunction that will essentially shut down LimeWire, the music file-sharing service that has been embroiled in a four-year legal struggle with the music industry. The case has already resulted in the company and its founder being found liable for potentially hundreds of millions of dollars in damages (see More Freshly Squeezed Lime, 18th June 2010 and Squeezing the Lime Dry , 12th June 2010 on this Blog) The company says that it will continue negotiations with the major music companies in an effort to offer music legally for sale with a subscription service but in her ruling, the Judge ordered the company to disable “searching, downloading, uploading, file trading and/or file distribution functionality” of the company’s file-sharing software.

Visitors to LimeWire’s Web site were greeted with a legal notice and the text: “downloading or sharing copyrighted content without authorization is illegal.” In a statement the Recording Industry Association of America, the music industry’s trade group that had led the legal action, said: “For the better part of the last decade, LimeWire and [founder Mark] Gorton have violated the law. The court has now signed an injunction that will start to unwind the massive piracy machine that LimeWire and Gorton used to enrich themselves immensely.” In May, Judge Wood ruled that the company had violated copyright law and was liable for damages. The court is scheduled to decide early next year the amount the company and Mr. Gorton will be forced to pay. “In January, the court will conduct a trial to determine the appropriate level of damages necessary to compensate the record companies for the billions and billions of illegal downloads that occurred through the LimeWire system,” the RIAA said in its statement. Music publishers have brought a separate action led by EMI Music.