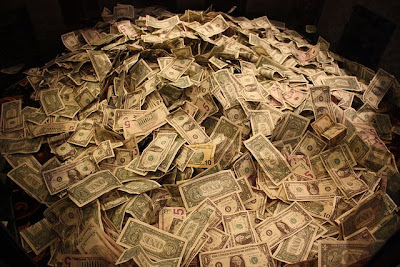 I remember the early days of the brave new world - when record labels, TV producers, games companies, book publishers and film companies (to name but a few of the myriad of content owners who voiced an opinion) all agreed that in the digital age, CONTENT WOULD BE KING. Now, and with the benefit of hindsight, I noticed two interesting stories in the Sunday papers. The first was an analysis of Apple's business model (the computer company, not The Beatle's vehicle). In 1997 Apple was valued at just $2 billion. But by 2007 it was valued at $72 billion, and Apple's domination of the MP3 market with iTunes and the iPod gave it a near monopoly in some markets over the software of music distribution and the hardware for playing music. Having now launched the iPhone and iPad the company is currently valued at $274 billion. But it was the iPod that launched the revival, technology that uses recorded music at its core.

The second story was a preview of the now commenced litigation between Terra Firma, owners of EMI, and Citigroup, who advised on and financed Terra Firma's acquisition of the recording and music publishing group, one of the four 'major' record labels. Back in 2007 Terra Firma paid £4.2 billion (approximately $6.5 billion) for the music group. But the company is saddled with £3 billion of debt and at every turn analysts lower their valuation of the group. Billboard reported in February this year that EMI had an accounting loss of about 1.56 billion pounds in its fiscal year ended March 2009. The huge loss included a one-time charge of £1.04 billion to reflect a lower value of EMI and a restructuring charge of £412 million and although Billboard opined that the company's trading divisions were doing reasonably well, said the accounts admitted that "EMI is not worth what it thought it was worth". In a letter to a Citigroup executive in March 2010 Terra Firma boss Guy Hands valued the firm at £2.32 billion. Hence the multi-billion claim against Citigroup.

This is a copyright blog and whilst the record labels have in the past undoubtedly made some fairly horrendous mistakes when it came to realising the new opportunities the internet offered and in failing to engage with new business models, the fact remains that a number of other industries have benefitted hugely from the digital explosion – search engines, internet service providers, technology providers and mobile phones operators have all expanded and grown rapidly – and that explosion has been driven by content – often swapped, downloaded and distributed illegally and on a massive and global scale.