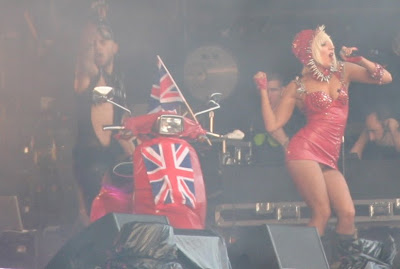 Two young German computer hackers have been accused of stealing pre-release recordings from artists including Lady Gaga, Justin Timberlake, Ke$ha and Kelly Clarkson and selling the tracks online, in a number of instances forcing record labels to rush release singles to enjoy some returns from legal downloads. Dusisberg's chief prosecuter said that a 17 year old school boy and a 23 year old unempployed man (indentfied only as Deniz A and Christian M) were under investigation for using trojan malware to hack into artist's computers. It seems trhey remained undetected for over twelve months. It is also alleged that they also accessed a compromising photograph of one artist with a plan to extort money from the featured musician. One of the pair, who both lived at home, used the online name 'DJ Stolen' and they attached the Trojan to MP3 files sent to artists, their labels and their management companies. Police were alerted after a fan of Kelly Clarkson alerted her management to unreleased songs being sold online. The pair are said to have earned over $13,000 from sales of the songs and the accused face up to five years in prison and large fines if convicted. It is not known what songs were stolen or the losses suffered by the artists and their labels from the unschedlued 'releases'. The Dusiberg prosecuter said that investigations would be completed in January.