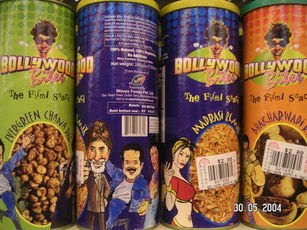 It seems that Indian film music composers may have to look for other avenues of employment if Bollywood film producers make good their threat and stop producing films in protest against proposed new copyright legislation – or find music from other sources. The Times of India reports that a Parliamentary Standing committee has recommended that the Copyright Amendment Bill 2010 should provide that film producers give authors, lyricists and composers an ongoing royalty from a film – and shared ownership.

Award winning producer Yash Chopra, who along with other film producers had made several presentations before the Committee said, "Ours is the entertainment business, yet like the alcohol or tobacco industry we have to pay huge taxes in the form of VAT, service tax and stamp duty. Now if the Copyright Bill is passed it will be the end of us as it will be very difficult to make films." Echoing this was producer Boney Kapoor who told the Times of India: "We are already burdened with so many taxes and if this is implemented it would be difficult to sustain ourselves”. Another producer said that if the revisions are implemented iit will only lead to “the death of Bollywood music” as it will not be economically viable for producers to have India music in their films.

The planned proposal is to protect the rights of authors (scriptwriters, composers and lyricists) who have in the past usually been paid a fixed fee by producers, who then controlled all rights in the music and lyrics - in effect a “buy out” of the author’s rights. The revision would mean that although the producer of the movie will be the first owner of the music when used as part of cinematograph work, the lyricist or composer will be first owner for all other purposes. The producers are not happy with this and Chopra said "If we will be left with no rights how will we monetise any of the property of a film and give them royalty?" adding, "In 2013, we are celebrating 100 years of Indian cinema but looks like by then we may be writing our obituaries." Perhaps more tellingly, Ameet Naik who represented the producers' body before the panel said, "The bill in its present form is tilted towards established authors. Producers will think twice before hiring new ones and there is every chance even if they get work [they] will not be given credit" with (I imagine) the film companies claiming to be the ‘author’ and therefore owning the copyright – not too unlike the US and UK music industries in the fifties and sixties when managers, record label executives and publishers often put themselves down as co ‘authors’ to receive an ongoing share of song writing royalties. Chopra added to this saying "Several composers and writers just want the money and are not bothered about credit, all they insist is to just give them one amount and that is it” adding that the changes would dramatically alter the Bollywood funding model and leave producers exposed in recouping their investments. Chopra said "Most songs in films abroad are taken from albums, which is totally different from how music is made in India. Music for any film is a team contribution and not an individual's work. How can they be first owners?" It seems that an alternative new business model might be one where the film producers set up ‘independent’ record labels and music publishers – acquiring copyrights from songwriters in a different way, which they can then of course can still control and feed into their films.

Understandably, Lyricists, composers and singers welcomed the news with producer-director-composer Vishal Bharadwaj saying “As for the law favouring composers and lyricists, I am an artiste first and I feel it is a historical and large-hearted decision. At least this will secure their future now. So many of my songs have been used in serials and commercials but nothing comes to me” adding “Composers, writers and lyricists get royalty abroad, so why not we in India".


Read more: http://timesofindia.indiatimes.com/city/mumbai/Royalty-recommendation-to-lyricists-composers-not-music-to-producers-ears/articleshow/7050253.cms
Posted by Ben at 11:22 am