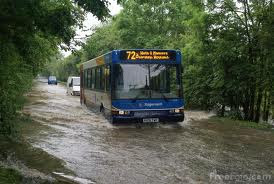 BT has warned the High Court that if an injunction to block access to the Newzbin2 website were to be granted, it would be the ‘thin edge of the wedge’ opening the floodgates to content owners desperate to prevent sites pointing to pirated content. BT told the court that it could face up to 400 applications for injunctions in the next year if the Motion Picture Association (MPA) prevail in an action against the UK telecoms giant.

The MPA has applied for an injunction as part of a long running legal battle with Newzbin, which provides links to content on the Usenet network, and the MPA say that in particular the site links to hundreds of unlicensed movies. In an earlier High Court battle (Twentieth Century Fox v Newzbin) the content owners were successful and Mr Justice Kitchen handed down a significant judgment holding that the Usenet indexing site was ‘liable to the claimants for infringement of their copyrights because it has authorised the copying of the claimants' films; has procured and engaged with its premium members in a common design to copy the claimants' films; and has communicated the claimants' films to the public.’ The judge ordered the website to introduce filters to stop others from linking to unlicensed films. After that court victory Newzbin went offline, only to relaunch as Newzbin2 from Sweden. The former owners of Newzbin claim they now have no connection with the new site, which is allegedly run by a group called Team R Dogs.

The MPA now wants to force BT and other ISPs to stop users accessing the site. The injunctive relief is being looked for despite the fact that provisions of the Digital Economy Act which were drafted to allow for injunctive relief were put on hold by last minute amendments to the Act - in effect removing the right to injunctive relief under that Act. The MPA is using section 97A of the UK Copyright, Designs and Patents Act, which provides for possible injunctions against internet intermediaries. Section's 97A is the UK's implementation the EU Copyright Directive, which has not previously formed the basis for legal action in this country but it has been used to force ISPs to block sites involved in distributing pirated content in Denmark and there are cases pending other European countries. In May this year a German court has granted the MPA preliminary injunction against the (current) Germany-based Web hosts of file-sharing hub The Pirate Bay, CyberBunker. Spain has passed the reintroduced legislative proposals known as the SINDE law which it easier for content owners to target copyright infringing websites and will offer a fast-track system for content owners to take action against commercial websites that exist primarily to assist others in their illegal file-sharing offline.

Richard Spearman QC, acting on behalf of the MPA, told the court that if a blocking order is granted, they will demand that UK ISPs, including BT, TalkTalk and Virgin Media, blacklist the website or face court action. He told the court that there was now "no other way of impeding the infringement of copyright" than to obtain a court order. "[Newzbin2] allows repeat and mammoth-scale copyright infringement," Spearman said. "If BT could not see that happening then they have to be the biggest ostrich in history."

BTs legal representatives said: "Rights holders in the music and movie industries have already identified 100 copyright infringing websites which they would like to see blocked. Claimants would [also then] seek orders blocking access to websites alleged to contain defamatory allegations or private and confidential information".

So the MPA won't be using the DEA process, or trying to sue websites, or going after individual file-sharers, or working with FACT to get those filming in cinemas, or website owners arrested...

Or were they just lying to the court?