US Senate looks to make illegal streaming a felony 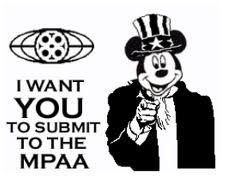 The U.S. Senate Judiciary Committee has approved a bill that would make it a felony to stream copyrighted movies and TV episodes online. Sponsored by Senators Amy Klobuchar (D-Minn.) and John Cornyn (R-Texas), the Commercial Felony Streaming Act is actively supported by the entertainment industry and the trio of the Motion Picture Association of America (MPAA), the Independent Film & Television Alliance (IFTA) and the National Association of Theatre Owners (NATO) issued a joint press release with some deeply insightful comment. Drum roll please ....... Jean Prewitt, IFTA President & CEO said “The illegal streaming of motion pictures and television programming is as financially devastating for our industry as is illegal downloading” adding “Stealing is stealing, regardless of the means in which the product is being received. This legislation is a critical step forward in the piracy fight and we commend the Committee for their support. NATO President and CEO John Fithian said “We commend the Committee for moving this important piece of legislation for consideration by the Senate. It will close a gaping hole in the law and go far in protecting the livelihoods of theater employees from the threat posed by illegal streaming” adding the move would protect jobs in the sector. Finally Michael O’Leary, Executive Vice President, Government Affairs for the MPAA said “This bill will help ensure that the punishment for these site operators fits the crime, and we look forward to continuing to work with Members in the Senate and House towards its swift passage

In other news, Torrentfreak reports that a Canadian man who failed to appear to defend himself in a U.S. court has been found guilty of copyright infringement for uploading two adult films to a file-sharing network, and ordered to pay $60,000 in damages. And in China, three people have been jailed after being found guilty of infringing trade secrets regarding Apple’s iPad 2 six months before its release was publicly announced. The case concerned the head of a company that makes accessories for Apple’s iPad and other devices who offered a former employee and another then-active employee at iPad manufacturer Hon Hai incentives for information regarding the iPad 2. The trio were sentenced to jail terms of 18 months, 14 months, and 12 months, respectively.