Tajikistan dances to the beat of the WPPT 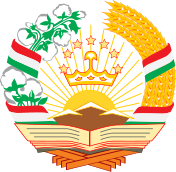 Today is an historical day for the 1709 Blog -- it's the first time we have ever had the need to make mention of Tajikistan. Suffice it to say that, through WPPT Notification No. 81 we have been notified of the deposit by the Government of the Republic of Tajikistan, on May 24, 2011, of its instrument of accession to the WIPO Performances and Phonograms Treaty, adopted at Geneva on December 20, 1996 [and grumbled about ever since by various poeple for requiring (i) too much, (ii) too little or (iii) the wrong sort of protection for the works covered by it].

The Treaty will enter into force with respect to the Republic of Tajikistan on August 24, 2011.

Music of Tajikistan here and here
Posted by Jeremy at 12:37 pm