WPP moves to cut of advertising cash for infringing websites 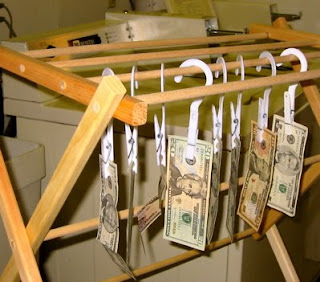 In another example of how the imagined 'Wild West' of the internet is (slowly) being tamed by proactive business practices which can run alongside new legislation and court decisions, advertising giant WPP has announced a list of 2,000 websites in the USA which it says carry illegal or pirated content and will not be used for advertising for the group's clients. The list will be used by the media buying agencies within WPP's GroupM business and executives in those companies have been told not to buy any advertising on those site - and since they have a combined annual spend of $6 billion, $3.5 billion in the US alone – that’s quite a major move. WPP's clients include Ford, Unilever, AT&T and IBM and interestingly their client list also includes two major labels - Universal Music and the Warner as well as the Paramount film company. The list will be regularly updated.

GroupM Interaction's Global CEO Rob Norman told reporters: "We're serious about combating piracy and protecting our clients' intellectual property as forcefully as we possibly can. This policy extends to digital media buyers at all GroupM agencies, as well as other WPP companies like Team Detroit, which manages Ford's media business". According to The Guardian, among the sites blacklisted are access-anything.com, albumhunt.com, extratorrent.com, fileseek.info, free-tv-show.com, gpirate.com, kickasstorrents.com and laptop-downloads.com. Last year Google pledged to stop websites that infringe copyrights from using its adwords service.