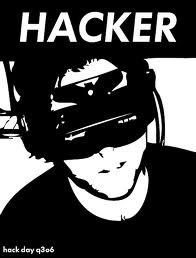 More of the same from me following on from my last post, but this time from an IFPI press release that says that two computer hackers who targeted pop stars and record companies in a bid to secure personal information and distribute pre-release tracks online have been handed down prison sentences by a court in Duisberg, Germany.

The two men hacked computers containing material belonging to international stars such as Lady Gaga and Dr. Dre, accessing email accounts, banking details and other private data. One of the hackers, Deniz A (known as DJ Stolen), was given a prison sentence of 18 months. The other, Christian M (known as CEE), received a suspended 18-month sentence. Both were found guilty of copyright theft and computer intrusion. Deniz A was also found guilty of extortion.

Jeremy Banks, anti-piracy director at IFPI, which provided key assistance in the case, commented: “These are deterrent sentences for serious crimes which cause huge damage to artists and record companies. Hacking into people’s email accounts to obtain and then distribute private information or property is a very serious offence which takes considerable resources to investigate. This case shows the sheer scale and scope of measures taken to identify the offenders and bring them to justice.”

The judgments are the culmination of a two-year investigation involving law enforcement in the US and in Germany, with evidence provided by IFPI, the organisation representing the recording industry worldwide. The case came to light when IFPI investigators noticed a growing number of pre-release tracks being leaked much earlier than would normally be expected in the pre-release cycle. An intensive investigation involving artist camps, management and labels identified those who had access to the tracks concerned and the identity of those posting the pre-release music online.

The hackers were found to be using phishing emails and sending Trojan programmes disguised as music files to obtain the log-in details of their target’s private email accounts . These details were then used to access the accounts and obtain pre-release music which the hackers distributed online. IFPI’s anti-piracy teams in the UK and Germany, working with German and US law enforcement agencies, identified the suspects in Germany as the source of the online leaks. It sent evidence to local police who mounted a criminal investigation.

The convicted hackers were accused of financially damaging artists and record companies by distributing pre-release tracks online where they could be downloaded without permission or payment. They also profited from hacking by selling songs for up to US$1000 to fans.

IFPI has produced a guide for record labels, artist managers and others to advise on how best to protect themselves from this type of online hacking.

The case came to light when IFPI investigators noticed a growing number of pre-release tracks being leaked much earlier than would normally be expected in the pre-release cycle. An intensive investigation involving artist camps, management and labels identified those who had access to the tracks concerned and the identity of those posting the pre-release music online.