Folk hero and/or cyberthief? The case of Aaron Swartz 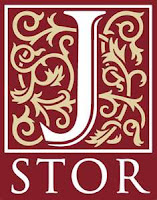 The 1709 Blog has been made aware of criminal proceedings which are being brought against Aaron Swartz following a dramatic gesture that was pretty much guaranteed to draw a response.  Since this event is governed by United States law, this blogger was hesitant to offer an uninformed opinion. The 1709 Blog is therefore pleased to host this guest piece from Christopher F. Meatto (New York attorney and HarvardLaw74 blogger), which reads thus:

The relevant American newspapers have two different takes on the Swartz indictment.

Boston: “Aaron Swartz, a Cambridge web entrepreneur and political activist who has lobbied for the free flow of information on the Internet, was charged in federal court with hacking into a subscription-based archive system at MIT and stealing more than 4 million articles, including scientific and academic journals.

New York Times: “A respected Harvard researcher who also is an Internet folk hero has been arrested in Boston on charges related to computer hacking, which are based on allegations that he downloaded articles that he was entitled to get free.”

I suggest we view this indictment of a Harvard ethics fellow in the following context: “Civil disobedience is the active, professed refusal to obey certain laws, demands, and commands of a government, or of an occupying international power. Civil disobedience is commonly, though not always, defined as being nonviolent resistance. It is one form of civil resistance. In one view (in India, known as ahimsa or satyagraha) it could be said that it is compassion in the form of respectful disagreement.”

JSTOR, the academic archiving service from which the documents were downloaded, has published an ambivalent, at best, account of its position on this case:


“It is important to note that we support and encourage the legitimate use of large sets of content from JSTOR for research purposes. We regularly provide scholars with access to content for this purpose. Our Data for Research site (http://dfr.jstor.org/) was established expressly to support text mining and other projects, and our Advanced Technologies Group is an eager collaborator with researchers in the academic community….Even as we work to increase access, usage, and the impact of scholarship, we must also be responsible stewards of this content. We monitor usage to guard against unauthorized use of the material in JSTOR, which is how we became aware of this particular incident.”

The JSTOR statement also implies that it has already settled with Swartz with respect to the nature of his use of the downloaded content.

I respectfully suggest that the solution here is for JSTOR to publish its complilation of 1,000 academic journals on a non-exclusive basis under a Creative Commons Licence.

I applaud Aaron Swartz for his efforts".

Thanks, Christopher, for this take on what clearly has the makings of a cause celebre -- but what do our readers think?
Posted by Jeremy at 3:41 pm

How can it be hacking if they give you free acess? Did they have posted limits on how much you can download? This is just wrong I see nothing criminal there, seems like they need to go back and review thier policies on downloading.

@mary - This might not be apparent from the report above, but Swartz didn't download the articles from his free user account. He went on the network of a different university and hacked his way into the JSTOR system from there. The indictment linked to above provides more details.