US content industry and ISPs to inform and alert 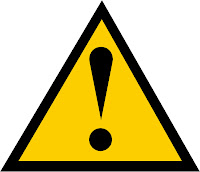 After months of discussions, a large number of the major U.S. Internet service providers (ISPs) have signed up to an agreement to take action against users who violate copyright. AT&T, Cablevision Systems, Comcast, Time Warner and Verizon have agreed to participate in the scheme along with a number of content providers from the film, TV and music industry including the MPAA (The Motion Picture Association of America whose members include Disney, Sony, Paramount, Warner Bros and Twentieth Century Fox), the Recording Industry Association of America (representing the major labels including Universal, EMI North America, Warners and Sony) , the IFTA (representing independent producers & distributors of film & television programming) and A2IM which represents independent record labels.

The voluntary “Memorandum of Understanding” is based on a system of Copyright Alerts, “a state-of-the-art system similar to credit card fraud alerts – that will educate and notify Internet subscribers when their Internet service accounts possibly are being misused for online content theft. This voluntary landmark collaboration will educate subscribers about content theft on their Internet accounts benefits consumers and copyright holders alike.”

The approach is intended to overcome one of the major arguments against disconnecting accounts that are being used for piracy, which is that often the person who pays the bill is unaware that illegal activity is occurring. In other cases, the accused infringer is unaware of the applicable copyright laws, or may be unaware that downloading copyrighted content from illicit sources is illegal and violates ISP’s terms of service. The Copyright Alert System is based on a consumer’s “right to know” when his or her Internet account may have been used improperly to download copyrighted content. The RIAA’s press release says that the new system addresses these problems with a series of early email alerts (up to six) notifying the subscriber that his or her account may have been misused to access illegal for online. It will also put in place a system of “mitigation measures” intended to stop online content theft on those accounts that appear persistently to fail to respond to repeated Copyright Alerts. The system will also provide subscribers the opportunity for an independent review to determine whether a consumer’s online activity in question is lawful or if their account was identified in error (there will be a small charge of $35 for this).

However, termination of a subscriber’s account is not part of this agreement. ISPs will not provide their subscribers' names to rights’ holders under this agreement although the new system of graduated Copyright Alerts means that consumers will have more advance warning and educational opportunities before extreme penalties are implemented. This will replace the current practice of DMCA violation notices being sent to the ISP, who then forwards them to the account holder.

The agreement also establishes a Center for Copyright Information to support implementation of the system and educate consumers about the importance of copyright.

Comment from the ISPs seems limited with Randal S.Milch, executive vice president and general counsel of Verizon saying “This is a sensible approach to the problem of online-content theft and, importantly, one that respects the privacy and rights of our subscribers”

Comment from the content industries was widespread (and rather verbose in places). Both Michael O’Leary, Executive Vice President for Government Relations at the MPAA and Cary Sherman, president of the RIAA said that piracy put the jobs of many creative industry workers at risk, and that the provisions of the new Agreement would lead consumers to discover the multitude of content now legitimately available online with O’Leary saying “Many people don’t realize that content theft puts jobs – and future productions of films, TV shows, music, and other content – at risk …. today, there are more ways to enjoy content legitimately online than ever before. This agreement will help direct consumers to legal platforms rather than illicit sites, which often funnel profits to criminals rather than the artists and technicians whose hard work makes movies, television, and music possible.”

James Assey, executive vice president of the National Cable & Telecommunications Association (NCTA) said “Consumers have a right to know if their broadband account is being used for illegal online content theft, or if their own online activity infringes on copyright rules – inadvertently or otherwise – so that they can correct that activity” adding “We are confident that, once informed that content theft is taking place on their accounts, the great majority of broadband subscribers will take steps to stop it. That’s why the educational nature of this initiative is so critical.” The International Federation of Phonographic Industries, representing the recording industry worldwide welcomed the agreement and the IFPI’s Chief Executive Officer, Frances Moore, said “It is very good news that ISPs in the US recognise their pivotal role in tackling online piracy and have committed to take proactive steps to achieve this. The agreement also sends an important signal internationally. It adds to the momentum already created by initiatives such as graduated response and blocking of infringing websites in other countries, and is the latest mark of recognition that ISP cooperation is the most effective way of addressing online piracy.”

A word of caution came from The Center for Democracy & Technology and Public Knowledge said the agreement met many but not all of their concerns regarding the rights of the average citizen, and that “close ongoing scrutiny will be required to ensure that the agreement achieves its purpose without unfair or disproportionate consequences for Internet users.”

Both the Center for Copyright Information and the Copyright Alert System are voluntary collaborations between the entertainment and broadband business communities. Participating ISPs will begin implementing Copyright Alerts in 2011 and 2012.