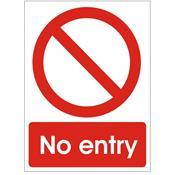 So much has already been written and posted on today's judgment of Mr Justice Arnold in Twentieth Century Fox Film Corp & Ors v British Telecommunications Plc [2011] EWHC 1981 (Ch) ("NewzBin 2") that it is difficult to think immediately of a fresh slant for coverage on this blog.  In short, for those who may have missed it, NewzBin's rather crude attempt to keep its Usenet internet indexing website going has been smitten by an order that internet service provider BT block users from accessing NewzBin's website.  The order actually sought runs like this:

A fairly lengthy account of NewzBins 1 and 2 appears on the IPKat here. and the BBC's report is here.

Rights-owners are predictably jubilant at their victory in what is very plainly stated to be a test case (though, curiously and perhaps for subtle strategic reasons, other ISPs which were invited to intervene in these proceedings declined to do so).  A lot of work has gone into preparing the ground for this action. Given the state of the law and the nature of the damage inflicted, the victory was deserved.  In contrast, those who are not rights are owners are equally predictably critical. While no-one appears to have a good word for NewzBin itself, there are wider issues afoot.

Among the more interesting comments is that of Andrew Orlowski, writing for The Register here:


"It's fascinating to hear arguments such as BT's contention that it is not an internet service provider, or that Newzbin2 members were passive recipients, and just happened to have anime and pirate movies pop onto their PCs ... or that after notification from a copyright-holder, an ISP could claim that it hadn't been notified. These are surreal arguments [Andrew's right, and this blogger wishes that this sort of thing would stop. It wastes the court's time, distracts us all from the core issues and does little to enhance the public's image of the legal profession].

The voluntary plan at meetings chaired by Culture Minister Ed Vaizey – one floated by publishers, music and movie industries and the Premier League – permits speedy judicial review of site-blocking on a site-by-site basis. BT was the strongest opponent in those talks – perhaps hoping for a favourable decision from Arnold.

That hasn't been forthcoming.[It surely wasn't likely to be forthcoming either, in the light of the ruling in NewzBin 1 and given that Arnold J is not known to be a fantasy judge]

Site-blocking not only runs contrary to the classic liberal spirit of English law – I have seen no exemption mooted for journalists or researchers – but it also has another consequence. It makes rights-holders look like they're keener on legislation than on creating new markets for content. Despite a smashing victory, they should be careful what they wish for ['creating new markets for content', like 'creating new business models', is becoming an increasingly hopeless cry as it becomes ever more apparent that there are no realistic and sustainable business models without enforceable copyright -- with the possible exception of micropayment schemes -- and no realistically enforceable copyright in the face of technological advance]".

Readers' comments and reflections are welcomed.
Posted by Jeremy at 6:16 pm

As ever the devil is in the detail. As I understand it Arnold J says that if BT institute their Cleanfeed technology (already used with blacklists compiled by the Internet Watch Foundation to block sites hosting child pornography) using lists of URLs compiled by the claimants (basically MPA Europe) they will be complying with the order. But whereas the IWF can be seen as relatively neutral, the MPA have a vested interest in widening the list of URLs to be blocked to include sites where there is no demonstrable/proven illegal activity. Assuming BT wished to challenge each and every URL provided to it, this would involve an awful lot of trips back to court to agree each update.

Why would BT 'wish to challenge each and every URL provided to it'?

BT is not some champion of 'internet freedom', whatever that may be; it is a commercial business interested in maximising profit. It fought the present case because it wanted to avoid the trouble of blocking infringing sites, while continuing to benefit commercially from piracy (resulting in increased bandwidth demand), but having lost that fight it really has no interest in defending each and every pirate who hoves over the horizon.

- "Newzbin2 members were passive recipients, and just happened to have anime and pirate movies pop onto their PCs"
Judgment, para 100: "Users. The question here is whether, when a BT subscriber who is a member of Newzbin2 visits the Newzbin2 website, downloads an NZB file and then downloads an infringing copy of a film or a television programme, that subscriber is using BT’s service to infringe copyright. BT contends that the subscriber is not using its service, but the service provided by Newzbin2." No suggestion here or anywhere else in the judgment that BT argued that the users were passive recipients.

- "or that after notification from a copyright-holder, an ISP could claim that it hadn't been notified."
Judgment, para 149: "There was little dispute between counsel in the end that a service provider may be given actual knowledge of infringement by receipt of a sufficiently detailed notice and a reasonable opportunity to investigate the position."

Surreal is certainly the word!

@David. Thanks, that was rather my point. A poorly drafted order might have a long term unforeseen consequence of allowing the movie industry to effectively block any site they didn't approve of and this would ultimately bring the use of such orders into disrepute, just as the activities of ACS:Law, and MediaCAT have done to trying to stamp out illegal filesharing.

AndyJ: you'll have to forgive me for missing your 'point', as it seems to be the opposite of what you actually said, which was 'Assuming BT wished to challenge each and every URL provided to it'. If you don't think that is likely, why 'assume' it?

"Site-blocking not only runs contrary to the classic liberal spirit of English law – I have seen no exemption mooted for journalists or researchers – but it also has another consequence. It makes rights-holders look like they're keener on legislation than on creating new markets for content. Despite a smashing victory, they should be careful what they wish for ['creating new markets for content', like 'creating new business models', is becoming an increasingly hopeless cry as it becomes ever more apparent that there are no realistic and sustainable business models without enforceable copyright -- with the possible exception of micropayment schemes -- and no realistically enforceable copyright in the face of technological advance]".


Normally I am happy to read and learn, but on this point I feel that I must comment as your outlook is very different to my own.

It's not worthwhile rehearsing the arguments about whether mass copyright infringement is opportunism, indifference, or malice - it's probably a blend of all three. Music rights owners - and I am one, and have been working with them and for them for the last 17 years - have however not enabled enough competition and innovation in consumer services to judge quite how hopeless the cry for new markets and new business models might be.

Many factors are in play, from the market for talent (the 'middle market' for artists has been trashed over the last 15 years), to the diversion of large amounts of digital revenue from advances, settlements, minimum guarantees and the like into the 'black box', to the extremely slow development of technical standardisation of content and rights representation, all of which have combined to hold back a properly functional wholesale market for music.

Without such a market the consumer gets the result of highly discriminatory terms of supply which are designed to control and contain innovation. But music companies are not very good at product innovation, even while they continue to surprise and delight us with the music itself.

I can give you an example from Switzerland from where I am sending this email. I was interested to see a very nice idea on a poster ( I shall happily send you a photo if you like) in the train station - you can buy a new Peugeot here with 1 year's free music bundled. There's a catch however - it looks like an exclusive deal between the car company and Universal Music, so it's not a 'new market for content' but rather an attempt to push some money at the global priority acts (Gaga and Lopez are featured) and stick a bit in the unattributable box, while reducing consumer incentives to shop at fully stocked stores. The copyright here is functioning perfectly well for the record company, and there is no need to burden the consumer with anything untoward.

Does any of this matter? Probably not as it is only music we're talking about. But when a collective refusal to develop functional wholesale markets and set free innovation is used to excuse a global attack on our communications providers I find myself wondering who will look after my interests as a citizen if the Government cares more for my function as a compliant consumer.