Where Philosophers and Pirates Meet 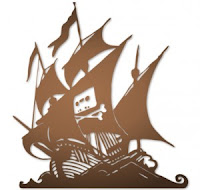 On Wednesday, in "Folk hero and/or cyberthief? The case of Aaron Swartz", a guest piece which was hosted on this weblog, New York attorney and copyright commentator Christopher F. Meatto explained the significance of the move by one of the world's most high-profile internet activists to liberate a large quantity of material held by one of the world's major depositories of academic journals. Little did we imagine that, just two short days later, we would be hosting a sequel, with a successful raid which reportedly targeted the Philosophical Transactions of the Royal Society, which stretch back to 1665. Grateful thanks are due to Christopher for keeping us up-to-date as this theme continues to evolve:

The attack on JSTOR’s paywalled academic research library continues with a publicly declared upload of 32 Gigs of JSTOR documents to The Pirate Bay by Greg Maxwell.

Maxwell’s upload was made in support of the efforts of internet activist Aaron Swartz, whose United States criminal indictment for mass JSTOR downloads I reported on here on the 1709 Blog earlier this week.

On the facts as reported, Maxwell presents a scenario where JSTOR attorneys (or United States Justice attorneys) may be forced to utilize intellectual property law to enforce expired copyrights of mostly deceased authors on behalf of an alleged non-profit organization (sure, there are ample salaries for its executives).

Swartz most likely erred when he obtained his download materials through a questionable cat and mouse spy vs. spy battle with the M.I.T. network thorugh a series of shifting identities. Maxwell, I assume, made no such mistake.

JSTOR, like many of the music rights holders of the past 10 years, has failed to realize that it still could maintain its business by charging reasonable prices and offering true curation for which its subscribers would gladly pay. If JSTOR just wants to be a paid version of Google, it will fail, Justice Department notwithstanding".