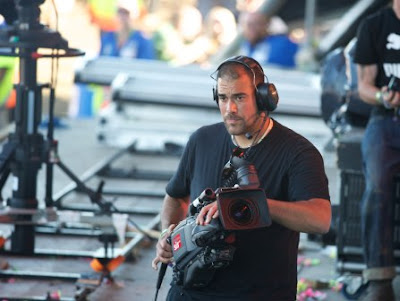 The German Association of Concert Promoters (bdv) has said that it has applied to the German Patent & Trade Mark Office to set up a new collection society to collect revenues it believes its members are due as a ‘neighbouring right’ under Section 81 of the German Copyright Act arising from recordings made at live events. Bdv President, lawyer Jens Michow says that the new Society,Verwertungsgsgesellschaft fur Wahrnehmung von Veranstalterrecheten, plans to negotiate with broadcasters, record labels and other users of live recordings to set tariffs to compensate event promoters.

In January 2011 IQ magazine published an article by Dr Johannes Ulbricht, a German lawyer in Hamburg at Michow and Partner, about the German ‘neighbouring rights of the concert promoter’ – identifying these an overlooked potential revenue source from Germany where it seems possible that those who stage events which are filmed or recorded (anywhere in the World) could collect a payment if the recording of that concert is then exploited in Germany. You can find a pdf of that article here on page 10.

Very interesting to read about this obscure and Germany-specific rights of concert promoters.

As you know, record companies have a long history of deficit-funding concerts/tours in order to get their signed acts performing live, and traditionally, their eyes were set on the payback from record sales, rather than live receipts which was the promoter & artist domain.

But as soon as these promoter rights become important, especially in terms of royalties generated, what is stopping record companies becoming live promoters and keeping that income in-house? But then some record companies are already promoters, venue owners/lessees, like Live Nation etc...

The question we may have to be addressing, if this right grows out of its obscurity, is if there would be a move for the sake of EU harmonisation, to have this neighbouring right extended across the EU?