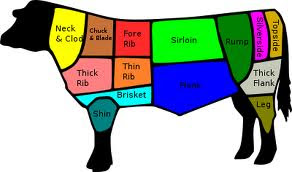 A class action between a number of recording artistes and Universal Music over how digital royalties are calculated will go to court. A federal judge in California has given the green light for a class action lawsuit against Universal Music by a number of long established artists, led by White Zombie, Whitesnake, and the estate of Rick James. The music major had requested the case be dismissed. The case will be a major test of how artiste digital royalties are calculated by record labels in the absence of specific contract wording: The label would like to calculate the royalty based on the same accounting process as a normal (physical) sale – whilst artistes want a share of the income which will almost certainly be a substantially greater share of the revenues. Almost all pre-internet contracts make no mention of digital releases beyond CD (and many predate CDs) let alone downloads and streaming and artistes have argued that because digital removes label's manufacturing and distribution costs, the risks of sales are almost non-existent, and when a label makes its catalogue available to a service such as iTunes, it is actually a licensing deal and therefore the higher artist royalty should be paid.

There is a precedent here – the so called ‘Eminen’ case that actually involved FBT Productions, the production house involved in some early Eminem recordings, who took Universal to court over digital royalties and succeeded in achieving the higher royalty rate: FBT argued they had a right to a 50/50 split of profits with Universal on sales of digital music and ring tones through online retailers such as iTunes and Sprint as these 'Master Licensing' deals attracting the higher royalty. The contract did not specifically mention income from download stores like iTunes, or what share the artist (and therefore FBT) should get from such sales but Universal have been treating download sales as being equivalent to CD sales paying a lower rate of 12-20%% as if these were physical sales. Whilst a district court refused summary judgment saying the agreement was ambiguous, The U.S. Ninth Circuit Court of Appeals in San Francisco agreed with FBT saying that the higher royalty should apply.

The major insists that the FBT case related to the specific wording of the production company's contract, and the precedent in that case did not apply to every other pre-download record contract. That said, the new litigation means that all artists signed to Universal with pre-internet contracts could benefit from any positive outcome, with lawyers for the claimants saying that they believed Universal "engaged in a broad scheme to underpay numerous royalty participants, including formulating an opaque and artificial method for accounting for and paying its royalty participants for income derived from such licenses and engaging in a sustained public relations effort designed to convince the public that it had employed 'groundbreaking' and 'enlightened' accounting practices that actually benefited (rather than cheated) the Class".

In a separate case, Sony have also been taken to court by a group of artistes including the Allman Brothers and Cheap Trick over how royalties should be calculated. The action, stated in 2006 in the United States District Court Southern District of New York, shows how the different parties calculate how the artist’s royalty should be paid. On the sale of 1000 downloads at 0.70c per unit (total income of $700) Sony BMG thought the appropriate payment would be a royalty payment based on 85% of all downloads sold after deducting mechanical royalties to the songwriters, a container charge of 20% and an audiophile reducer for new technology of a further 50%. This gave a total royalty payment of $45.05. The Allman brothers felt they should be paid one half of the income from 100% of all units sold, less just the mechanical royalty payable to songwriters. This gave a royalty due of by Sony BMG to the Allman Brothers of $315.50 with attorney Brian Caplan saying at the time "Sony Music is presently engaged in a widespread attempt to underpay its recording artists".

In the new Universal case the court said that the allegations were enough to justify the matter being treated as a class action.

Thank you Amanda for reminding me to post this blog!

http://newsandinsight.thomsonreuters.com/Legal/News/ViewNews.aspx?id=31498&terms=%40ReutersTopicCodes+CONTAINS+'ANV'
Posted by Ben at 3:55 pm