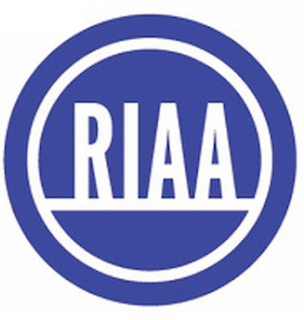 The USA’s The Digital Millennium Copyright Act (DCMA) has been criticised by many for being slanted far too much in favour of content providers, with the underlying suspicion that film, television, publishing and recording companies were effective in influencing the passage of the Bill. But now the Recording Industry Association of America is taking issue with the DCMA – or rather the US Court’s interpretation of the legislation - saying judges are far too favourable to Internet Service Providers, websites and even consumers. Jennifer Pariser, the RIAA’s litigation chief, told a US law conference:

"We might need to go to Congress at some point for a fix," Pariser added. "Not because the statute was badly drafted but because the interpretation has been so hamstrung by court decisions."

RIAA President Cary Sherman complained that the DMCA “isn’t working for content people at all” saying “You cannot monitor all the infringements on the Internet. It’s simply not possible” adding “We don’t have the ability to search all the places infringing content appears, such as cyberlockers like [file-hosting firm] RapidShare.”

At the heart of this is the provision in the DCMA that offers the so called “safe-harbour” protection to some technology providers, and in particular promotes the principle that content-sharing services like YouTube cannot be liable for copyright infringement by their users, even if they inadvertently host infringing content, providing the service has an effective ‘take down’ a system in place by which a content owner can remove infringing material.

For some time now, the RIAA has been pushing ISPs to start policing their users. “We’re working on [discussions with broadband providers], and we’d like to extend that kind of relationship–not just to ISPs, but [also to] search engines, payment processors, advertisers,” Sherman has said. Clearly the RIAA is frustrated by the perceived low threshold needed to fall under safe harbour protection and now wants the US government to refine and define what should and shouldn’t fall under safe harbour. The recent US decisions in Viacom v YouTube, MP3Tunes v EMI and the ability of services such as Grooveshark to fall under safe harbour provisions are clearly a major irritation for the record labels as I imagine was the recent decision in Germany which held that net firm HanseNet was not liable for the actions of its customers in accessing the Russian ‘E-Donkey’ illegal file swapping services.

Every coin has another side and some commentators feel that the content industries were hoodwinked by the DCMA which is actually more favourable to the technology sector, websites and internet service providers. And many point to the importance of safe harbour provisions in allowing small service operators and websites from having to spend time and money patrolling for infringing material posted by their users. Even the big boys agree and Lance Kavanaugh, You Tube’s product counsel, said “It’s our view that the DMCA is functioning exactly the way Congress intended it to ..... Congress was prescient. They struck the right balance”

The whole question of the extent of the liabililities of intermediaries is being tested around the World. In the UK the recent Newzbin 2 decision was a major triumph for content owners, and they are hoping for a similar result in Australia in the iiNet litigation – now on its second appeal. In the L’Oreal v Ebay case (2011) the European Court of Justice (looking primarily at trade mark issues) decided that a service provider such as eBay could be liable for users infringements under national law, unless it can rely on an exemption from liability provided by Directive 2000/31 on electronic commerce but explaining that the exemption would be subject to the following conditions being met: (i) the operator does not play an active role, i.e., it does not know or control the data provided by its customers; (ii) a diligent economic operator would not have realised that the online offers for sale were unlawful; and (iii) the operator must not have failed to act promptly to remove offers of counterfeiting goods from its website or to disable access to such offers.