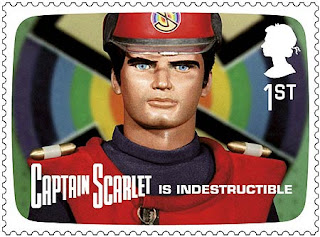 SABAM represents authors, composers and editors of musical works in authorising the use of their copyright-protected works by third parties. Scarlet,an internet service provider, gives its customers internet access "without offering other services such as downloading or file sharing", as the court quaintly puts it. During 2004 SABAM concluded that internet users using Scarlet’s services were downloading works in SABAM’s catalogue from the internet, without authorisation and without paying royalties, by means of peer-to-peer networks -- a "transparent method of file sharing which is independent, decentralised and features advanced search and download functions". In June 2004 SABAM brought interlocutory proceedings against Scarlet before the President of the Tribunal de première instance, Brussels, claiming that that company was best placed, as an ISP, to take measures to bring to an end copyright infringements committed by its customers. SABAM asked for
The President of the Tribunal found that copyright had been infringed but, before ruling on the application for cessation, appointed an expert to investigate whether the technical solutions proposed by SABAM were technically feasible, whether they would make it possible to filter out only unlawful file sharing, and whether there were other ways of monitoring the use of peer-to-peer software, and to determine the cost of the measures envisaged. The expert's report concluded that, despite numerous technical obstacles, the feasibility of filtering and blocking the unlawful sharing of electronic files could not be entirely ruled out. By June 2007 the President of the Tribunal accordingly ordered Scarlet to terminate the copyright infringements by making it impossible for its customers to send or receive in any way files containing a musical work in SABAM’s repertoire by means of peer-to-peer software, on pain of a periodic penalty.

Scarlet appealed on the following grounds:
Faced with all these arguments, there was nothing for it but for the appeal court to stay the proceedings and to refer the following questions to the Court for a preliminary ruling:


‘(1) Do Directives 2001/29 and 2004/48, in conjunction with Directives 95/46, 2000/31 and 2002/58, construed in particular in the light of Articles 8 and 10 of the European Convention on the Protection of Human Rights and Fundamental Freedoms, permit Member States to authorise a national court, before which substantive proceedings have been brought and on the basis merely of a statutory provision stating that: ‘They [the national courts] may also issue an injunction against intermediaries whose services are used by a third party to infringe a copyright or related right’, to order an [ISP] to install, for all its customers, in abstracto and as a preventive measure, exclusively at the cost of that ISP and for an unlimited period, a system for filtering all electronic communications, both incoming and outgoing, passing via its services, in particular those involving the use of peer-to-peer software, in order to identify on its network the movement of electronic files containing a musical, cinematographic or audio-visual work in respect of which the applicant claims to hold rights, and subsequently to block the transfer of such files, either at the point at which they are requested or at which they are sent?

(2) If the answer to the [first] question … is in the affirmative, do those directives require a national court, called upon to give a ruling on an application for an injunction against an intermediary whose services are used by a third party to infringe a copyright, to apply the principle of proportionality when deciding on the effectiveness and dissuasive effect of the measure sought?’

This morning the Court ruled thus:

– 2001/29 ... on the harmonisation of certain aspects of copyright and related rights in the information society;

– 95/46 ... on the protection of individuals with regard to the processing of personal data and on the free movement of such data; and

read together and construed in the light of the requirements stemming from the protection of the applicable fundamental rights, must be interpreted as precluding an injunction made against an internet service provider which requires it to install a system for filtering

– all electronic communications passing via its services, in particular those involving the use of peer-to-peer software;

– which applies indiscriminately to all its customers;

– as a preventive measure;

– exclusively at its expense; and

– for an unlimited period,

which is capable of identifying on that provider’s network the movement of electronic files containing a musical, cinematographic or audio-visual work in respect of which the applicant claims to hold intellectual-property rights, with a view to blocking the transfer of files the sharing of which infringes copyright".

The ruling is surprisingly short, given that so many Directives and issues have been waved in front of the judges, and the essence of the court's decision-making process is not hard to spot. It's all about balance:


"43 The protection of the right to intellectual property is indeed enshrined in Article 17(2) of the Charter of Fundamental Rights of the European Union (‘the Charter’). There is, however, nothing whatsoever in the wording of that provision or in the Court’s case-law to suggest that that right is inviolable and must for that reason be absolutely protected.

45 More specifically ... national authorities and courts must strike a fair balance between the protection of copyright and the protection of the fundamental rights of individuals who are affected by such measures.

46 Accordingly ... national authorities and courts must, in particular, strike a fair balance between the protection of the intellectual property right enjoyed by copyright holders and that of the freedom to conduct a business enjoyed by operators such as ISPs pursuant to Article 16 of the Charter.

47 In the present case, the injunction requiring the installation of the contested filtering system involves monitoring all the electronic communications made through the network of the ISP concerned in the interests of those rightholders. Moreover, that monitoring has no limitation in time, is directed at all future infringements and is intended to protect not only existing works, but also future works that have not yet been created at the time when the system is introduced.

48 Accordingly, such an injunction would result in a serious infringement of the freedom of the ISP concerned to conduct its business since it would require that ISP to install a complicated, costly, permanent computer system at its own expense, which would also be contrary to the conditions laid down in Article 3(1) of Directive 2004/48, which requires that measures to ensure the respect of intellectual-property rights should not be unnecessarily complicated or costly.

49 ...  the injunction to install the contested filtering system is to be regarded as not respecting the requirement that a fair balance be struck between, on the one hand, the protection of the intellectual-property right enjoyed by copyright holders, and, on the other hand, that of the freedom to conduct business enjoyed by operators such as ISPs.

50 Moreover, the effects of that injunction would not be limited to the ISP concerned, as the contested filtering system may also infringe the fundamental rights of that ISP’s customers, namely their right to protection of their personal data and their freedom to receive or impart information, which are rights safeguarded by Articles 8 and 11 of the Charter respectively.

51 It is common ground, first, that the injunction requiring installation of the contested filtering system would involve a systematic analysis of all content and the collection and identification of users’ IP addresses from which unlawful content on the network is sent. Those addresses are protected personal data because they allow those users to be precisely identified.

52 Secondly, that injunction could potentially undermine freedom of information since that system might not distinguish adequately between unlawful content and lawful content, with the result that its introduction could lead to the blocking of lawful communications. Indeed, it is not contested that the reply to the question whether a transmission is lawful also depends on the application of statutory exceptions to copyright which vary from one Member State to another. Moreover, in some Member States certain works fall within the public domain or can be posted online free of charge by the authors concerned.

53 Consequently ... in adopting the injunction requiring the ISP to install the contested filtering system, the national court concerned would not be respecting the requirement that a fair balance be struck between the right to intellectual property, on the one hand, and the freedom to conduct business, the right to protection of personal data and the freedom to receive or impart information, on the other".

This blogger suspects that SABAM and other agencies will not shrink from seeking injunctive relief which requires filtering until they have first noted how carefully and narrowly the active part of the judgment has been drawn, how many invitations it appears to make in order to accommodate those who seek to modify their enforcement demands, and how the fate of the enforcement action may be contrasted with the approach taken in the British courts in Newzbin 2.
Posted by Jeremy at 2:54 pm