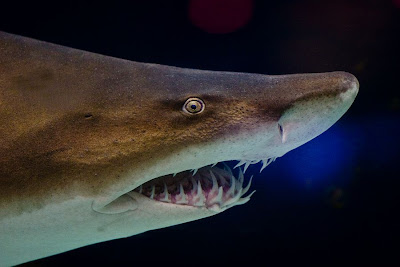 Wikipedia describes the US based Grooveshark as the “international online music search engine, music streaming service and and music recommendation web software application, allowing users to search for, stream, and upload music that can be played immediately or added to a playlist”. But is it legal? Well, the World’s biggest record company thinks not. Universal Music Group has reportedly filed a lawsuit against music service Grooveshark over alleged copyright violations saying that records show that senior management at Escape Media Group, the company which operates Grooveshark, had led an effort to upload more than 100,000 songs to the music service and claims to have supporting emails and documents, including evidence showing that staff members Sam Tarantino, Paul Geller and Ben Westermann-Clark uploaded 1791, 3452 and 4600 unlicensed songs respectively. Many of those tacks would be presumed to be Universal tracks given the major's market share in the recorded music sector.

Universal is reported to be seeking the maximum in damages of $150,000 per infringing act. Whilst Grooveshark has negotiated direct licenses with EMI and numerous independent labels and aggregators, it has no deal with Universal - but as the service allows user to upload music so UMG tracks will appear – although Grooveshark says that, like YouTube, it will remove unlicensed tracks when notified.

Grooveshark relies on the ‘safe harbour’ provisions in the US’s DMCA which protects an online service from the infringing activities of its users in some specific situations. Grooveshark does not use filters to (theoretically) screen out unlicensed material, although filters are seemingly not as yet required by law in the USA to fall under safe harbour abut insists it has a valid "takedown" system. YouTube does use filters. But in the USA if a service has any direct knowledge of infringing content on its network, it must remove or disable access to that content before being contacted by the copyright owners. If Grooveshark’s management led an effort to upload copyrighted material, as the lawsuit alleges, that would certainly be considered direct knowledge! Universal says that whilst it is committed to "supporting legitimate and innovative" digital business models, it claims "Grooveshark did not build its business legitimately; its business is built on wilful infringement."

The UMG lawsuit also reportedly notes a recent article from Digital Music News about the problems King Crimson guitarist Robert Fripp had in trying to get his music removed from Grooveshark, including an anonymous post in the comments section of that article purporting to come from someone working for Grooveshark, who claims staff there were routinely instructed to upload music to the streaming service's platform. The comment adds that Escape Media senior management were aware of Fripp's takedown requests, but ignored them because they believe Fripp hadn't the resources to sue.

Last year Universal filed a lawsuit in the New York County Court claiming Grooveshark violates copyright by providing free access to its pre-1972 recordings. This is now provably an irrelevance as the court in the recent EMI v MP3tunes.com case said that differentiating between pre and post-1972 works was not necessary, and that DMCA safe harbour applied irrespective of the year of copyright protection.

Grooveshark also faced a copyright infringement lawsuit brought by EMI in 2009. That lawsuit ended with a licensing deal that added EMI's roster to Grooveshark's catalogue.

Grooveshark attorney Marshall Custer yesterday said that the Digital Music News post was "blatantly false" and that Universal's interpretation of their upload data was a "gross mischaracterisation of information". Custer's full statement reads: "We have reviewed the complaint that Universal Music Group filed last Friday against Grooveshark in the US District Court in Manhattan. Universal's claims rest almost entirely on an anonymous, blatantly false internet blog comment and Universal's gross mischaracterisation of information that Grooveshark itself provided to Universal. While Universal has deliberately engaged the media prior to serving a copy of the complaint on Grooveshark, Grooveshark intends to fight this battle before the Court, not in the press. Grooveshark welcomes the opportunity to present the facts to the Court and has full confidence that it will prevail in the litigation".

Now (16/12/11) it seems that Sony Music and Warner Music have joined the fight against Grooveshark. Happy Christmas!