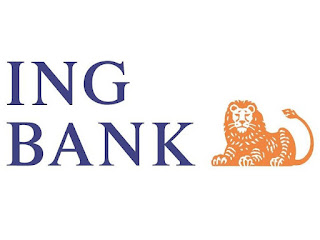 PC World have run an article reporting that a Dutch court has dismissed a case brought by Dutch anti-piracy group BRIEN, saying that privacy laws protecting bank account holders are more important than providing information to identify potential  defendants in an alleged  copyright infringement caase. The ruling by the Amsterdam district court favoured ING Bank, saying that that the bank does not have to reveal who has access to a bank account, whose number is posted on the website FTD World

“FTD World, at ftdworld.net, is a Usenet-indexing website that lists links to binary files posted on Usenet. It also provides files in the NZB format listing that allows users to download the posted files more easily. By doing this, the site provides access to copyrighted entertainment files including books, movies, music, games, and software without the permission of the copyright holders, according to Dutch anti-piracy foundation BREIN.”

Unsurprisingly BREIN, which represents authors, artists, publishers, producers and distributors of music, film, games, interactive software and books, wanted the court to force ING to reveal who is behind a bank account and was receiving donations made via the site: BREIN had previously been unable to track down the domain name registrant and had received no reply to a letter sent to the Russian hosting provider. The only information BREIN had was that the bank account number belonged to a woman, identified only as "[F]" by the court, who was born in 1927 (so was an unlikely 90 year old file sharing platform owner)  and who had moved to Suriname in 2009. ING admitted that someone else was authorized to use the account on the woman's behalf, but added that Dutch data protection law prevented the bank from revealing this person's or persons' identity. The Bank, however, did reveal that the women's debit card was used for cash withdrawals in the northern part of Amsterdam between February 4 and February 18. BREIN had asked the court to order revelation of any other names, phone numbers, email addresses, and postal addresses linked to the bank account.

In dismissing BREIN's claims, the court noted that ING were not instrumental in the alleged copyright infringement by FTD World, and only provides bank transactions, which are not essential to the potenttail copyright infringements, with Judge Sj.A. Rullmann saying "There is no relationship between ING Bank and copyright infringement" and put the onus  on BREIN to so more  to trace the person behind the site,  noting that BREIN didn't even try to write to the woman attempt to trace her. Judge Rullmann held that all bank clients should be able to trust their banks, and client data should only be communicated in very exceptional circumstances. Further IF that data should be shared, it should be into ‘safe hands’.  The Judge did note that BREIN could also have filed a criminal complaint.

http://www.pcworld.com/article/2038975/banking-privacy-prevails-over-copyright-enforcement-dutch-court-rules.html
Posted by Ben at 5:51 pm