My Rights v Your Rights: the cyber wars escalate

A proposal from the government of Taiwan to amend the Copyright  Act that would require local Internet Service Providers to block illegal content on foreign Web sites yesterday has come under fire from  venture capitalists and Web users alike, primarily for violating freedom of speech and people's rights. The blocks would be placed on  DNS or IP addresses, and would have to be carried out by Taiwanese ISPs on instructions from the government.

The Taipei Times has reported that one venture capitalist, Jamie Lin, from the firm appWorks Ventures, told Taipei Times the proposal goes against the values of freedom and democracy, which locals hold in high regard saying  "It doesn't make any sense," Lin said. "The move seems like building a firewall to prevent local Internet users from seeing illegally uploaded content, but the content would still exist in servers overseas and can be viewed by foreign Internet users." And Ching Chiao, vice president for community relations at DotAsia, a top-level domain registry operator, wrote in a Facebook post that the proposal is a "setback for democracy and a stupid policy that wastes people's money" adding  "Countries which have implemented ISP-level blocking are turning the Internet into intranet, the first step for turning a modern country into a self-enclosed country." Another blogger, Tsai I-Chen, said in a blog post that the amendment violated citizens' rights saying "Can you accept the blocking of Facebook because there are too many infringed movies or the blocking of Dropbox because it is frequently used for the transmission of illegal software? This is not a copyright infringement issue, [but] it is an issue on the violation of people's rights."

Taiwan’s web users were quick to set up an online protest campaign that has already racked up more than 15,000 participants on Facebook - who are attending an online ‘event’ in protest:  another 90,000 have been invited. Called  “#freeandopen!, the event has been snowballing, doubling its number of supporters in the last five days, and the page invites users to contact Taiwan's Intellectual Property Office (TIPO)  representatives and let them know that many people strongly oppose the plan. It lists names, contact phone numbers, and email addresses for several TIPO representatives, as well as a generic contact email and number.

The proposed changes have been compared to other legislation like the US’s Stop Online Piracy Act (SOPA), which caused massive online protests in 2012 and was widely considered a step towards censoring the internet. The bill was ultimately dropped. Techasia adds “Taiwanese net users are hoping that their protests may lead to a similar outcome”. 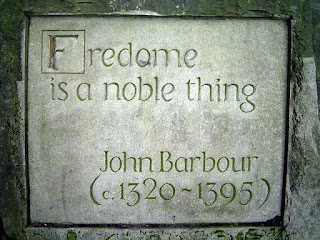 In the USA, a new 84 page report from the Commission on the Theft of American Intellectual Property proposes a number of ways piracy can be combated, one of which involves “infecting alleged violators’ computers with malware that can wreak havoc, including and up to destroying the user’s computer”. the Commission argue that they need to fight fire with fire and that software can be pre-installed on computers for the purpose of monitoring and identifying copyright-violating activity. If the software detects copyright-violating activities of any of those sorts, it would cause the computer or its files to being locked. Once the files and/or computer was locked, a password would be needed  to unlock the system, and the computer would tell the c user to contact a law enforcement agency, which will have the password necessary to unlock the computer. The plan is to “stabilize” an infringement situation and get the police involved. A second proposal is for the computer to snap a picture of the computer users with the computers built in webcam if they are involved in alleged infringing activity.

Slashgear reports that the the malware “would allow companies to gather data from a computer, change data located on the network, and destroy it if it feels such an action is necessary – all without permission, obviously. There’s also suggestions that it could be used to do other things as well, including up to destroying the user’s computer and/or network” and the Report itself says

“While not currently permitted under U.S. law, there are increasing calls for creating a more permissive environment for active network defense that allows companies not only to stabilize a situation but to take further steps, including actively retrieving stolen information, altering it within the intruder’s networks, or even destroying the information within an unauthorized network. Additional measures go further, including photographing the hacker using his own system’s camera, implanting malware in the hacker’s network, or even physically disabling or destroying the hacker’s own computer or network.”

Which means that out of every 7 prospective partcipants, 6 could not even be bothered to click a button saying they participate in something that required no further effort whatsoever.