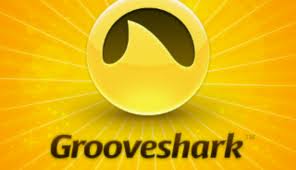 Four former and one current employee of the controversial streaming music service Grooveshark have signed agreements with the major music companies, led by Universal, who are suing the site and a  number of individuals, agreeing in a consent judgment that they will never again infringe the labels' copyrights, or to work for a company that "systematically infringes" copyrights.  Those individuals who had been targeted for infringement will now be removed from the lawsuit.

Grooveshark lets users upload music into its libraries, meaning tracks are routinely available on the streaming service without the permission of relevant copyright owners. Because Grooveshark has a takedown system, removing infringing copyright material if made aware of it, the company argues it is operating within the US's DCMA ' safe harbor' provisions, even if taken-down tracks are soon replaced by users.

Grooveshark itself is far from out of the water regarding the copyright infringement case: TorrentFreak has published the relevant court documents, and points out that Grooveshark’s co-founders Sam Tarantino and Josh Greenberg have not yet signed similar agreements and  the label's case has focused on the question of whether the company’s own employees were involved in reuploading tracks taken down through that “strict compliance” policy. Tarantino recently described himself as “literally broke” and said 2012 was “a year of getting punched in the face 10,000 times”.

For their part, Grooveshark owners Escape Media welcomed the development, telling reporters: "We are pleased that the case between Universal Music and Escape Media has been narrowed and simplified by the removal of some individual defendants from the case upon their stipulation to simply obey the law - something Escape Media does every day through its active licensing of millions of tracks and its strict compliance with the Digital Millennium Copyright Act. Escape Media Group will continue to deliver innovative new solutions and services that revolutionise music consumption for its growing audience of 30 million plus fans around the world".

Last month UMG secured a judgment in the New York State appellate court that held that the DCMA "safe harbor" defence did NOT apply to pre-1972 sound recordings.