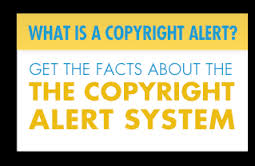 The Center for Copyright Information, the organisation which administer the USA's voluntary  “six strikes” graduated response scheme, has come up against a significant problem: According to the Columbia Department of Consumer and Regulatory Affairs (DCRA), the company has had it's status revoked. The revocation means that CCI’s articles of organization are void, most likely according to reports, because the company forgot to file the proper paperwork or pay releveant fees. However it seems that whilst the status was actually revoked last year, The CCI has now filed the proper paperwork, although the Copykat imagines there are some very red faces: One blogger commented "It does raise the question of who, precisely, is running this show and why they’d make such an egregious error with something taken so seriously. But we’re sure that this won’t end with the CCI shutting down the Internet of some grandmother and going down in flames due to the bad publicity. This will not happen. Surely not."