Assessment of damages: where photo-opportunity counts most

Jason Sheldon v Daybrook House Promotions Ltd [2013] EWPCC 26, a Patents County Court decision of Judge Birss QC (as he then was), sheds light on the criteria for assessment of damages for infringement of copyright in a photograph.

Sheldon, a professional photographer, was a member of the British Press Photographers Association and ran a business in which he licensed copyright in photographs. In 2011 he had obtained exclusive access to the tour bus of American pop artiste Ke$ha, who was in the United Kingdom for a tour. He took a photograph (the photograph) of Ke$ha and the group LMFAO in a back stage party atmosphere, lounging on a sofa, with Ke$ha holding a bottle of champagne. Daybrook House, which ran the Rock City nightclub in Nottingham, used the photograph in connection with posters advertising its events.

Sheldon sued for copyright infringement, citing Daybrook House's unlicensed use of the photograph. Said Daybrook House, while the photograph had admittedly been used, the company had not appreciated that it was an image which it was not entitled to use; after all, it was freely available on the tumblr social network service and Daybrook House said it genuinely held the mistaken belief that it could use it. 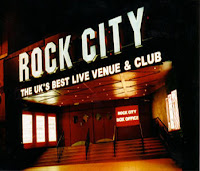 Initially Sheldon invoiced Daybrook House for £1,351 for what he at the time believed to be its extent of use.  Subsequently he commenced infringement proceedings, maintaining that the photograph had been used extensively by Daybrook House for an extended period and that the latter's offer to pay the modest sum of £150 was not acceptable: in reality, said Sheldon, his claim was worth more than £5,000 and that the matter should not therefore be allocated to the small claims track of the Patents County Court but rather should be dealt with in the Patents County Court multi-track procedure. Accordingly, a preliminary issue arose as to the level of damages that would be awarded if the claim succeeded.

In these proceedings Judge Birss had to determine as a preliminary issue what damages would be awarded on the assumption -- which was not admitted -- that the acts committed by Daybrook House did indeed infringe his copyright. According to Sheldon, the artists featured in the photograph were award-winning and internationally renowned and that the famous subject matter and the exclusive access to the tour bus were relevant to the sums a photographer in his position would charge to licence such a photograph and would increase the price.

Judge Birss came down on the side of Sheldon.  In his view, Sheldon was right to argue that an artist's renown and the exclusivity of the occasion were factors that increased the value of a photograph and, by doing so, the quantum of damages that the aggrieved photographer might secure.  It was true that there were indeed pop stars who were more famous than Ke$ha and LMFAO; however, both were plainly very well known and were currently active in their chosen field. However, even more important than where the subjects of the photograph featured on a scale of fame was a factor of even more importance: exclusivity of access. Bearing this all in mind, the correct measure of damages was £5,682.37, exclusive of VAT and interest at the rate of 1%.

This blogger wonders whether it is realistic to separate out the subject-matter of the photograph from the exclusivity in this manner. Were it not for the fact that the photo featured Ke$ha and LMFAO in the first place, the opportunity which the exclusivity gave for the relaxed intimacy of the sofa setting to be captured by the photographer would surely be of little commercial significance.  What do readers think?
Posted by Jeremy at 1:15 pm

'This blogger wonders whether it is realistic to separate out the subject-matter of the photograph from the exclusivity in this manner."

Big Ben is famous, but it's hard to get an exclusive shot of it from the ground. An aerial shot, or interior shot of the bell gallery, is another matter. Which image is likely to have the higher scarcity value, and therefore economic value?

The subject matter AND exclusivity are linked and are very relevant to the judgement of a claim for infringement, not a claim for unpaid reproduction rights. What are the aspirations of the complainant and the defendant as to the value of such a use? Artists and Promotors routinely force photographers to sign away such rights for free. They may never have any use for the images but they do this 'just in case'. This is just such a case. What is its value, scarce or otherwise? Sure, Getty, Rex and Photoquote will have a column for it. Meaningless. In the real world a deal is struck between the Artist and the Promotor. The Photographer will not have any idea of the worth of such a use. The Artist/Promotor will not do any royalty deal with their photographer. So only the defendant knows the value. Well done to Jason for getting the court to consider that valuation in the notional world. With ECL thundering down the track, the wreck that will be the fate of all such litigation is just waiting to happen. For the defendants in such cases, it cannot come soon enough.