Our friend and correspondent Ken Moon (IP consultant, AJ Park, New Zealand) writes to tell us that he has now had an opportunity to consider the effect of the Court of Justice of the European Union (CJEU) reasoning in Case C-128/11 UsedSoft v Oracle on open source software licences (and for free software licences). Says Ken, it seems to him that the judgment, if taken literally, may blow the open source model out of the water. The following guest post is a short note of Ken's reasoning on the subject:

In UsedSoft v Oracle the CJEU held that (i) Oracle's software licence was a contract of sale and, (ii) the downloading of the software from Oracle’s website by the licensee (now considered a purchaser) exhausted Oracle’s right of distribution in relation to the copy that came into the possession of the licensee.  The outcome of these findings was that Oracle software delivered by download could be resold by the ‘licensee’.  The Oracle licence was a proprietary licence, but will the UsedSoft decision also impact disadvantageously on free or open source software licences? 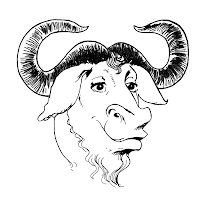 Take the various versions of the GNU General Public Licence as examples.  First, the licence as such is granted for the full term of copyright – life of last surviving author plus 70 years – long enough in itself, and the licence envisages software copies being transferred in perpetuity.    Second, licensees are given the right to charge for each copy of the modified (or unmodified) software they distribute and of course downstream recipients in such circumstances will make payment for their copy.  As the Free Software Foundation says, ‘free’ as in ‘free speech’, not as in ‘free beer’.

Applying the reasoning the CJEU used in UsedSoft, software copies distributed for payment under the GPL will be ‘sales’.  The CJEU used the stipulated duration of the licence and transfer of ownership in the downloaded copies as tests to determine that Oracle’s purported licence was in fact a sale thereby allowing the Court to ignore the express terms of the licence agreement.

This creates two problems for open source licensing.  The restrictions in such licences (in the GPL terms ranging from the obligation to preserve and insert legal notices to patent neutralising requirements) will be ignored by the courts as being inappropriate to a sale transaction.  More ominously, the terms allowing the ‘licensee’ to make and distribute as many copies as desired and to modify and distribute modifications to the software must also be disregarded for the same reason.

But the raison d'être of the free software philosophy is that recipients must be able to make further copies (not just the temporary copies of binary code made during the running of the software) and modify the software.  This mandates a licence (under copyright) and a deemed sale contract does not and cannot grant such rights any more than does a sale of a book. The failure of the CJEU to accord recognition of a software licence agreement and give effect to its terms is lamentable in itself, but more significantly for open source licences is the failure to appreciate that the terms of a licence may grant more rights to a user than occurs on a sale.  Where does the UsedSoft logic now leave the prior decisions of German courts [http://gpl-violations.org/news.html ] , which have upheld and enforced the terms of free and open source software licences?

I see two main arguments in favour of FLOSS licenses:

a) Only in a relatively limited number of situations there is the payment of a “fee designed to enable the copyright holder to obtain a remuneration corresponding to the economic value of the copy of the work of which it is the proprietor”.

b) Even in those cases, if the purpose of the EU right of exhaustion is to forbid “the copyright holder to control the resale of copies downloaded from the internet and to demand further remuneration on the occasion of each new sale, even though the first sale of the copy had already enabled the rightholder to obtain an appropriate remuneration” then it quite clearly is not the case for GPL and other FLOSS software.

That being said, I agree the situation is far from clear.

You say that because a GPL license does not forbid payment and is perpetual that it is a sale, but you then go on to say that other GPL terms "will be ignored as being inappropriate to a sale transaction." Why is it not likely instead that the court will see these other terms as reason to interpret the transaction as a license, not a sale?

Pamela, as I said in my previous
14 May post, I think that is exactly what courts should do, but the CJEU in UsedSoft did not and is one of my criticisms of that decision. My concern is that courts in Europe will follow the UsedSoft reasoning which logically must equally apply to GPL licensed software as to proprietary software.

I only hope that at least in the UK courts will find a way to follow the 2011 case London Borough of Southwark v IBM where all terms of the agreement were considered to ascertain whether it was a licence or a sale.