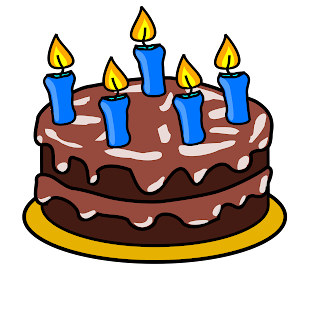 The Guinness Book of records says it’s the most recognized song in the English language, just simple tune consisting of four lines that’s delighted countless children and adults, including Marilyn Monroe's sultry serenade of President Kennedy. But in what appears to be the biggest copyright story of the year - at least in the popular press - “Happy Birthday to You” is now the subject of a lawsuit brought against the publishing arm of Warner Music Group, which claims copyright ownership in the song. A complaint, from a disgruntled film producer who had to cough up $1,500 to use the track, was filed in federal court in Manhattan and claims that “Happy Birthday to You” has been in the public domain since at least 1921. The suit seeks class action status on behalf of anyone who paid a royalty to use “Happy Birthday to You” in the past four years. The song allegedly generates at least $2 million a year in licensing fees for Warner/Chappell Music, Inc., which claims to own the exclusive copyright to the tune through a company it acquired, Summy-Birchard. Patty Smith Hillard wrote the lyrics to the song and asked her sister Mildred Hill to write a melody. The melody of “Happy Birthday to You” was adopted from an earlier Hill Sisters song, “Good Morning to All” and it’s not clear if that melody was original or if the melody for that was borrowed from other song(s).

The claimant, Good Morning To You Productions, argues that it has "irrefutable documentary evidence, some dating back to 1893, [which] shows that the copyright to 'Happy Birthday,' if there ever was a valid copyright to any part of the song, expired no later than 1921 and that if defendant Warner/Chappell owns any rights to 'Happy Birthday,' those rights are limited to the extremely narrow right to reproduce and distribute specific piano arrangements for the song published in 1935."

The Plaintff is seeking a declaration that the work is dedicated to public use and is in the public domain.

More from Hollywood Reporter here http://www.hollywoodreporter.com/thr-esq/happy-birthday-all-filmmaker-aims-568355 and  the Wall Street Journal here http://blogs.wsj.com/law/2013/06/13/a-bitter-dispute-over-happy-birthday-to-you/  and the complaint as filed is here  http://www.scribd.com/doc/147645129/Happybirthday and an earlier 2011 article which is an interesting read can be here http://www.slate.com/articles/arts/culturebox/2011/07/you_say_its_your_birthday.single.html
Posted by Ben at 5:05 pm

Labels: “Happy Birthday to You”, copyright