The Electronic Frontier Foundation has joined the ongoing legal battle between Oracle and Google over whether APIs (Application Programming Interface) should or shouldn't be copyrightable. Oracle had accused Google of infringing the copyright on its Java APIs in the development of Google’s Android OS. Google denies any wrongdoing and has argued, in part, that software APIs cannot be protected under U.S. copyright law.

The campaign group has now gathered together 32 computer scientists and tech industry leaders in an amicus brief to the U.S. Court of Appeals for the Federal Circuit. The brief is signed by tech leaders including MS-DOS author Tim Paterson and ARPANET developer Larry Roberts, who support the position that APIs should not be copyrightable because they are critical to spurring innovation and inter-operability in the tech world. Other signatories include Brendan Eich, inventor of JavaScript and the CTO of Mozilla; Michael Tiemann, author of the GNU C++ compiler and an executive at Red Hat; and Samba developer Andrew Tridgell

"The law is already clear that computer languages are mediums of communication and aren't copyrightable. Even though copyright might cover what was creatively written in the language, it doesn't cover functions that must all be written in the same way," EFF staff attorney Julie Samuels said in a statement. "APIs are similarly functional -- they are specifications allowing programs to communicate with each other." In our May 2012 Blog we noted that  EFF was concerned about any precedent that could be set by copyrighting any type of API when the EFF said "Treating APIs as copyrightable would have a profound negative impact on interoperability, and, therefore, innovation". 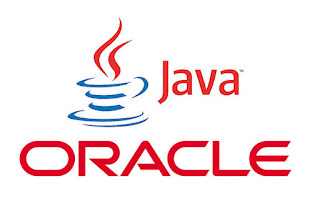 Oracle originally sued Google for copyright infringement related to Google's use of 37 Java APIs used on its Android mobile operating system. The case went to trial last May. During the trial, Google argued it used the Java APIs because the Java programming language is free to use, and the APIs are required to use the language. Oracle argued that Google knowingly used the APIs without a license from Sun Microsystems, which was bought by Oracle in 2010.

The jury handed down a verdict that partially helped Oracle when they found that Google had infringed the structure, sequence, and organization of Java's language, but offered no opinion on the matter of fair use. Judge William Alsup then ruled that the APIs were non-copyrightable, which led to the dismissal of Oracle's copyright infringement claim. Judge Alsup said "So long as the specific code used to implement a method is different, anyone is free under the Copyright Act to write his or her own code to carry out exactly the same function or specification of any methods used in the Java API. It does not matter that the declaration or method header lines are identical." The ruling found that the structure Oracle was claiming was not copyrightable under section 102(b) of the Copyright Act because it was a "system or method of operation."

Oracle filed an appeal to the judge's ruling in October 2012. In its appeals brief, the company said Google's use of Java in Android was "decidedly unfair" and that copyright is designed to protect all kinds of works, including "a short poem or even a Chinese menu," but what it created in Java was "vastly more original, creative, and labor-intensive." 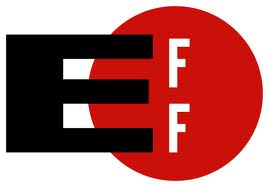 But the EFF is adamant that copyright protection should not be extended: "Without the compatibility enabled by APIs that are open, we would not have the vibrant computer and Internet environment we experience today, with new products and services routinely changing the way we see and interact with the world," EFF Fellow Michael Barclay said in a statement adding "APIs that are open spur the development of software, creating programs that the interface's original creator might never have envisioned" and the brief argues that the spread of affordable PCs was made possible because IBM held no copyright on its BIOS system, allowing competitors such as Compaq and Phoenix to create their own BIOS implementations and build PC clones. The open nature of APIs was also essential to the development of the Unix OS, the C programming language and the open protocols on the Internet, the brief says.  ”Should the court reverse Judge Alsup’s well-reasoned opinion, it will hand Oracle and others the ability to monopolize any and all uses of systems that share their APIs. API creators would have veto power over any developer who wants to create a compatible program,” the brief states.

You can read the complete 36-page testimony by clicking on https://www.eff.org/document/amicus-brief-computer-scientists

More comment at  http://www.pcworld.com/article/2040360/computer-scientists-oppose-oracles-bid-to-copyright-java-apis.html
Posted by Ben at 8:28 am

Oh dear, the EFF is trying to rewrite history in at least one of its arguments. Not only did IBM have copyright in its PC BIOS code, it enforced it in a number of countries around the world in combating the emergence of unlicensed IBM PC clones. After all PC BIOS was simply a program.

What's wrong with evidence based arguments in the interface between software and law?