The CopyKat - the paws, tails and whiskers of copylife 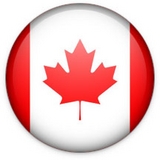 Canadian anti-piracy group Canipre is currently working on behalf of Voltage Pictures to obtain the identities of individuals said to have pirated that company’s movies in Canada.  As the process moves through the legal system, the Canadian Internet Policy and Public Interest Clinic (CIPPIC)  had the opportunity to cross-examine Canipre chief Barry Logan. TorrentFreak report that  it was a bad-tempered encounter with CIPPIC attorney David  Fewer and James Zibarras, the attorney acting for Logan and Voltage, crossing swords with the latter instructing his client to refuse to answer Fewer's questions no less than 34 times on matters including the ownership structure on Canpire and how potential defendants were identified from an IP address. Seems trolling isn’t the simple process it used to be.

YouTube’s help Channel has launched a new  tool to help explain it’s copyright policy – a video featuring popular puppets Mario and Fafa - and with senior copyright counsel at Google Fred von Lohmann on hand to provide the legal advice. It's a whacky breeze and to be fair, tries to be even handed and explain the basics of YouTube's complaints and take down procedures. 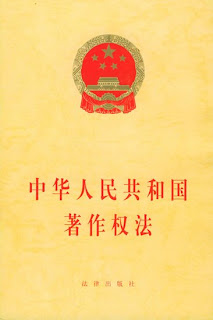 Chinas’s National Copyright Administration, part of the General Administration of Press and Publication,  has said that it will add Apple's App Store, Taobao and Amazon to its copyright supervision plan in this year's campaign against online piracy. The platforms will be required to report on the measures they are taking to protect copyrights and handling complaints filed by content holders. The Administration currently supervises 19 major websites,  and Duan Yuping, copyright supervision officer, said that along with the Apple Store, Taobao and Amazon, video and music on five more websites will also now fall under the authority's supervision. From 2005 to 2012, the Administration says it has settled 4,051 copyright infringement cases and 1,725 websites have been shut down, with 1,041 servers seized and fines totalling 7.83 million yuan ($1.27 million) issued.  In addition, the Authority has transferred 229 cases to the criminal courts.

The National Copyright Administration has also recently approved an international copyright trading centre in Qingdao development zone, China's first state-certificated exchange centre qualified for copyright authentication and transactions in global cultural and creative works. According to officials, it will significantly boost the development of local creative and cultural industries and promote the city as a regional "wisdom" centre

The new Russian anti-piracy Bill allowing for websites to be blocked by Internet service providers (ISPs has passed through its final two readings in Russia's State Duma.  The new provisions mean that failure to remove site content suspected of copyright infringement within 72 hours would result in the entire site being blocked by ISPs pending the outcome of a court hearing.

The World Intellectual Property Organization's Treaty to Facilitate Access to Published Works by Visually Impaired. Persons and Persons with Print Disabilities (the "Treaty for the Blind") has finally passed, after many years of hard work by copyright activists and activists for the rights of people with disabilities. The Motion Picture Association, the US film industry’s representative body, took a media bettering in the process for resisting some of the proposed innovations, with one website noting “To the shameless lobbyists at the MPA, remember: if you live long enough, the odds are good that you, yourself, will become print disabled.

I'm off to the world's greatest music festival now but MetDesk have just sent me this image of the weather ("feel free to use this image" - so I have - thank you very much!) - but what does that great big dark mess mean? Well Jeremy from MetDesk kindly headed up his email with "here comes the rain" and the Met Office have a similar view. By 6pm (may be earlier, this forecasting business is hard work) tonight it may be a tad dank. But what's Glastonbury without a little bit of rain ......... and we have the Arctic Monkeys, The Rolling Stones, Mumford & Sons, Chase & Status, Kenny Rogers, The xx, Portished, Phoenix, Jake Bugg, Bastille, Rita Ora, Dizzee Rascal,  Editors, Of Monsters And men, I Am Kloot, Alt J, Everything Everything, Primal Scream .... Sir Bruce Forsyth .... and hundreds and hundreds of other acts to look forward too! Hurrah!