Stevie Wonder has offered to perform live for international negotiators who are in Morocco trying to forge a deal to give the visually impaired greater access to reading material. In a very amusing video message, the blind singer-songwriter urged WIPO delegates to agree saying “So do it, we get it signed, sealed, delivered, I’m yours.” Wonder said he’d fly to Marrakesh to celebrate with delegates if they struck a deal.

We had previously noted that Russia's social networks had started removing illegally uploaded music content en masse in the face of new laws - much to the annoyance of users. Was it all a waste of time? A Russian politician has now suggested that the country’s new anti-piracy laws should only protect copyrights in television programmes and movies – as these are expensive to produce. Aleksey Mitrofanov said he has submitted an amendment to the bill aimed at countering internet piracy saying “The bill must only cover movies and TV series - the copyright objects that are expensive to produce,” Mitrofanov to a session of the expert group on electronic democracy. Microsoft has already expressed surprise that software was excluded. 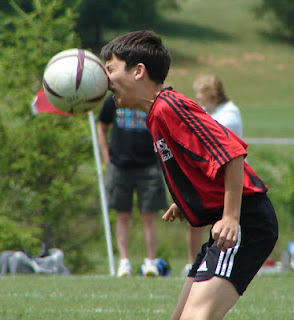 BuzzFeed, the viral news site, is facing a $3.6 million copyright lawsuit from an Idaho-based photographer who says BuzzFeed lifted an image from his Flickr page and used it in one of its signature photo montage listicles back in 2010. In a complaint filed on June 7 in the Southern District of New York, Kai Eiselein claims that BuzzFeed, Inc. “knowingly and wilfully” infringed on his copyright when it reposted his photo titled “Contact” which features a female soccer player getting hit in the head by a soccer ball. According to the complaint, the image appeared in a post called “The 30 Funniest Header Faces” , a photo montage of people getting hit in the face by soccer balls  posted by BuzzFeed staffer Matt Stopera. The montage was posted on June 14, 2010, and Eiselein claims he sent BuzzFeed a Digital Millennium Copyright Act (DMCA) takedown notice on May 26, 2011. According to the lawsuit, the photo remained on the site for more than two years after Eiselein sent the notice. In addition to remaining on buzzfeed.com, the lawsuit claims the photo was shared to 63 other sites, most of which appear to be personal blogs.  The montage, has since been conspiciously renamed “The 29 Funniest Header Faces”, and Eiselein’s photo is no longer among the images. Eiselein, who is representing himself in the case, said he first uploaded the image to Flickr in 2009 and registered it with the US Copyright Office in 2011. More on the IPKat from Jeff John Roberts here.

UK Culture Secretary Maria Miller needs to show she is "not in the pocket of Google", former culture secretary Ben Bradshaw has said. The Labour MP said copyright theft costs musicians, writers and artists billions of pounds each year and asked when the UK Government is going to enforce copyright law, amid fears not enough is being done to ensure global internet service providers tackle online piracy. 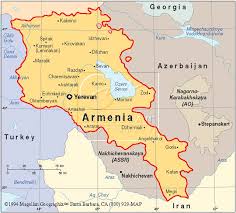 We don’t often get the chance to mention Armenia on this Blog, so I am delighted to report that the Armenian parliament on has approved amendments to the country's copyright law and neighbouring rights, which will mean those using excerpts from newspapers, magazines and the web must reference to the source. The changes stipulate that mention must be made of the original source of information in newspapers and magazines and there must be an active  hyperlink in internet articles. The law will also define a limit on what can be taken and used.

Victoria Espinel, The US Intellectual Property Enforcement Co-ordinator has published her 2013 Joint Strategic Plan on Intellectual Property Enforcement and you can read a shorter review here: "As the Obama administration tries to build on the present intellectual property structure, it’s also looking towards the future. In the first few pages of the report, the enforcement office lays out where it thinks the intellectual property debate will shift in the coming years. Some items, like an ongoing fight against patent trolls and theft of trade secrets from China and other countries, are already high on the administration’s priority list."

Google News in Germany will soon change says TechCrunch. Starting August 1, it will only index sources that have decided to explicitly opt-in to being shown on the search giant’s news-aggregation service. Google News remains an opt-out service in the other 60 countries and languages it currently operates in, but since Germany passed a new copyright law earlier this year that takes effect on August 1, the company is in danger of having to pay newspapers, blogs and other publishers for the right to show even short snippets of news. More from Eleonora on the IPKat here

Normally it’s Getty who issues the lawsuits, but now a US courtroom sketch artist has sued Getty Images for allegedly infringing copyright by displaying her illustrations online and selling copies of them without her consent. Christine Cornell of Weehawken says in her lawsuit that she has served as a courtroom illustrator for nearly every major trial in New York, Connecticut and New Jersey since the 1970s. She alleges that Getty Images wrongly sold drawings from those trials - including sketches of people like Martha Stewart and would-be subway bomber Najibullah Zazi, which she had licensed on French news agency AFP on a limited licence.  Cornell argues that Getty Images has a pattern of acquiring rights to image archives without first making sure that the sellers are allowed to transfer the images. In 2010 Daniel Morel complained that his photos of the earthquake in Haiti which he uploaded to Twitter were distributed to Getty via AFP which then licensed them to other news organizations. That case is pending in the federal court in New York. 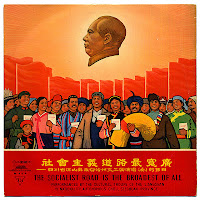 And finally, more on China - and the Hollywood Reporter says there is an acute shortage of IP and entertainment lawyers. With the cinema sector alone enjoying 37% growth last year to $2.7 billion, and already up another 40% this May on the same period last year, there are great opportunities it seems. Although Chinese legal traditions and copyright development stem from a quite different base than the American economic traditions, “Part of the problem is a simple shortage of qualified intellectual property and entertainment lawyers in the country". So to all young entertainment lawyers struggling to gain a foothold - the future is clear - Go East!

But I'm going West, and off to Glastonbury! And sunny skies. Maybe.
Posted by Ben at 8:21 am