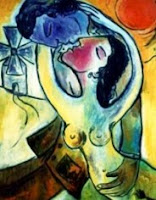 A recent WIPO media release reports that the Republic of Mozambique has now deposited its instrument of accession to the Berne Convention, which takes effect as of 22 November 2013.

Notable creators of literary, artistic and musical works from Mozambique include
The first number one single to top the local charts by a non-Mozambican artist was "I'd Like to Teach the World to Sing (In Perfect Harmony)" by The New Seekers, while the first non-Mozambican album was John Lennon's Imagine.
Posted by Jeremy at 12:21 pm