The CopyKat - your weekend copyright catchup 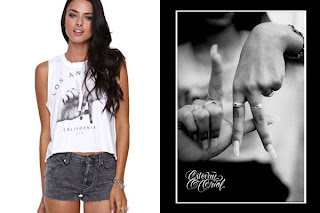 Renowned photographer Estevan Oriol has filed a lawsuit against Swedish fashion brand H&M and fashion house Brandy Melville for the use of his copyrighted image "L.A. Fingers." The 1995 photo depicts a female model's long, ring-clad fingers forming the letters "L.A." - for Los Angeles. The image has since become iconic and has been legally published worldwide in various magazines and Oriol's own branded clothing. His lawsuit alleges that both H&M and Brandy Melville "grossly infringed" on his protected works, using his photograph on a series of t-shirts that have been sold and continue to sell at their respective retail stores worldwide. "If you put my photograph side-by-side with their re-creation of my image, anyone would tell you they are one in the same... they clearly copied my image" Oriol said, with his lawyers adding “On behalf of artists and creators everywhere, we will vigorously seek out and aggressively pursue legal action against anyone who improperly uses an image at the expense of an artist".  You can compare the images here. 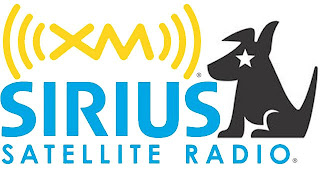 SoundExchange, the US non-profit that collects royalties for musicians from satellite radio firms, Internet radio services and cable music channels, said it has filed a suit against SiriusXM seeking to recover what it calls "massive underpayment" of digital royalties over a six-year period. The organisation said the satellite radio firm underpaid by "$50 to $100 million or more" by taking a number of impermissible deductions and exemptions in calculating its royalty payments from 2007-2012.

The Consumer Council of Fiji's CEO Premila Kumar has said that copyright is an important consumer issue and that unbalanced copyright laws and practices hurt consumers — not pirates. Speaking at the 2013 Copyright workshop organised by the Fiji Performing Rights Association last Friday, Kumar said there was always conflict between “protection” and “access” that had made copyright a much more visible and important issue for consumers especially in the digital age adding “It is now a question of striking a fair balance between creators, copyright owners and consumers”. Kumar says that piracy and the selling of counterfeit goods are two major issues the public is facing in Fiji. The Fiji Police Force is also calling for the amendment of the copyright law in Fiji. Legal director Superintendent Sakeo Raikaci said Fiji was using the Copyright Act 1999 and there was a need for clear and distinct laws and more powers to deal with piracy and that Fiji police are investigating ways to improve copyright laws to make it easier to prosecute offenders.

Filmmaker Tyler Perry and distribution partner Lionsgate have been successful in having a copyright lawsuit against their film Good Deeds dismissed. Author Terri Vanessa Donald (aka Tlo Red'ness) filed the suit last November, claiming the film infringed on her 2007 book Bad Apples Can Be Good Fruit. She claimed to have sent a copy of her book to Perry's company years before Good Deeds went into production. A judge ruled that the similarities Donald pointed out between her book and the film, a romance between a wealthy man and a woman who has experienced hardship, was not sufficient to sustain a copyright infringement claim. 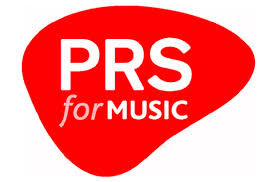 Victoria Espinel, the USA's "copyright czar" until two weeks ago, has been named president of
The Software Alliance, which goes by the acronym BSA, the anti-piracy trade group that lobbies governments on behalf of the software industry - 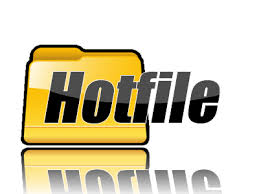 The Hollywood Reporter tells us that cyberlocker service HotFile - which has been described as "more egregious" than Napster, Grokster and Limewire and "indistinguishable" from Megaupload - has been found liable for copyright infringement in an action brought by the the Motion Picture Association of America on behalf of five member studios. The copyright infringement suit, filed  in 2011, alleged that the company paid incentives to those who uploaded popular files to the system, that were widely shared. Its affiliate program still offers payment "calculated based on a percentage of the total value of premium accounts purchased by users who download the affiliate's uploaded files."
The summary judgment, which also found Hotfile boss Anton Titov personally liable for infringement, gave U.S. District Judge Kathleen Williams the chabce to look at the 'safe harbor' provisions of the DCMA and an opportunity to address the kinds of questions that have come up in the Supreme Court's Grokster decision, as well as Viacom's dispute with YouTube and Universal Music's dispute with Veoh;  Namely, what kind of knowledge and control is necessary before an Internet Service Provider has a legal duty to clean up copyright infringements on a network with the judge noting that "Hotfile was successful in large part because it did not control infringement activity on its system." The judgment is not available as yet but watch this space - as soon as it is (in 14 days time) we will get our claws into it - the MPAA said "This case marked the first time that a US court has ruled on whether so-called cyberlockers like Hotfile can be held liable for their infringing business practices".  Techdirt have a different opinion saying the Florida court made "a horrifically dangerous ruling" and "the risk of massive harm to innovation and the safe harbor protections under the DMCA is very, very real". 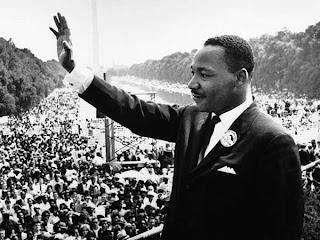 And finally, on the anniversary of the Dr Martin Luther King's "I Have a Dream" speech, which was delivered 50 years ago in August 28th 1963, before a crowd of several hundred thousand in Washington - one of the most important speeches of the 20th century - opinions are flying around the internet suggesting that "not one word can be uttered in public without stirring at least the slight possibility of a lawsuit, unless authorization to say it is obtained first" and "even reciting the speech in public, let alone posting a video of the speech, may raise the question of copyright infringement". Dr King's Estate own the copyright and by some accounts, has been aggressive about protecting the copyright: King's heirs sued CBS in 1996 after the television network began selling a videotape that included excerpts of the speech The case was settled out of court and The New York Times reported CBS agreed to make a tax-deductible payment to the Martin Luther King Jr. Center for Nonviolent Social Change in Atlanta. The decision, made on appeal, reversed a lower court decision that the video of the speech was in the public domain as a “general publication” but the Estate is now facing growing criticism from those who feel the iconic video, considered one of the most important cultural and historical moments of the 20th Century, should be easily found - and that copyright law should not make it difficult to see the entire 17-minute speech online.
Posted by Ben at 9:43 am