The CopyKat - Konverting to Kopimism? 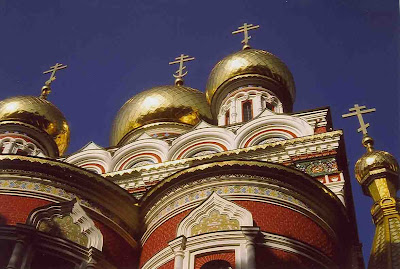 With Russia’s new anti-piracy law just a few days old, new opposition will be voiced in a particularly unconventional manner it seems: Internet activists in several parts of the country have applied to form their own church. Official complaints will then be filed against the new law on the basis that it insults the beliefs that underpin the Kopimist religion. The church’s founders plan to file a lawsuit against the anti-piracy legislation on the basis that the law, which restricts copying and sharing, is an insult to Kopimists, and possibly onwards by way of an appeal to the Constitutional Court of the Russian Federation 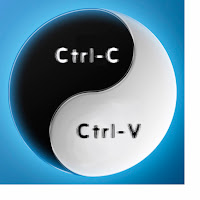 The new Russian Kopimist church will closely follow the values pioneered by Sweden’s Church of Kopimism, a religion that was formally recognized by the authorities there in 2012. This means that it’s likely that CTRL+C and CTRL+V will likely be held as sacred symbols, and the acts of sharing and copying will be viewed as “the most beautiful things in the world”. The church also believes that the search for knowledge is sacred, the circulation of knowledge is sacred, the value of information increases the more it’s spread and, that while confidentiality is sacred, listening in to other people’s conversations is the greatest sin. Eleonora first reported on Kopimism on the 1709 Blog back in May 2012.

Amusing yes. But this CopyKat is not convinced that playing with the church in Russia is a particularly good idea. It cannot have escaped anyone's notice that two members of the feminist protest group Pussy Riot remain in prison in Russia after being convicted on charges of hooliganism motivated by religious hatred after a protest against Vladimir Putin at Moscow's Russian Orthodox Cathedral. Both were sentenced to two years in prison and one, Maria Alyokhina, was recently refused parole. Alyokhina, who has a five-year-old son, is now scheduled to remain in prison until March 2014. The same is true for her Pussy Riot band-mate, 23-year-old Nadezhda Tolokonnikova. A third member, Ekaterina Samutsevich, was freed last year.

And back to the new religion. I wonder just how welcome these statements will be to the Russian authorities:

Copy. download, upload!
All knowlegdge to all!
Information technology is not to be feathered by laws.
Posted by Ben at 12:21 pm