IP in Music and Film: it's happening in Glasgow sooner than you think

Apologies for the extremely short notice, but here's something to warm the hearts of IP enthusiasts who live within popping-in distance of Glasgow.

1709 Blog team member Professor Mira Sundara Rajan (Glasgow Law School; CREATe copyright centre) is organizing a series of special events this week in Glasgow, on the theme of IP in Music and Film.

Guest speaker Martha de Francisco, an eminent sound engineer who has worked with classical music greats including Alfred Brendel, Jessye Norman, and the Philadelphia Orchestra, is currently an Associate Professor of sound recording at McGill University in Montreal, Canada. She will be providing her insights on music production and will lay the groundwork for discussion of the musical and legal implications of technology for authorship, ownership, collaboration, and creativity. Martha’s talk is scheduled this Friday afternoon, 3-5, in the Gloag Lecture Theatre at the Law School. 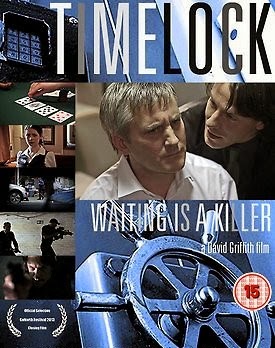 In preparation for Martha’s seminar, Mira will be hosting a pre-event session on Wednesday afternoon, 4-5, in the Walker Room at the Law School, discussing Copyright Issues in Sound Recordings. Her short presentation will be followed by ample time for questions, comments, and discussion. And let’s not forget Thursday: as part of the IP music and film fest, the independent film "Timelock" will be screened. Produced by Dr. Inge Sorensen of the Centre for Cultural Policy at Glasgow, and directed by David Griffith, it also features music by RM Hubbert, who won the SAYAwards (Scottish Album of the year) last year. The film is described as


“an aesthetically innovative, Tartan-noir thriller about a safe that doesn't open, a robbery gone wrong, and lives going off the tracks. Written and directed by David Griffith and produced by the CCPR’s Dr Inge Sorensen, TimeLock is micro-budget, filmmaking at its best. A digital film for the digital age - with a menacing, minimalist soundtrack courtesy of Dave McAulay, Howie Reeve and RM Hubbert winner of the Scottish Album of the Year Awards 2013. The screening will be followed by Q&A with the director.”

David and Inge will be on hand to present their film at 8:00 on Thursday evening, venue to be announced.

For further details, please link to the website of the newly established student IP Society at Glasgow (ip-society.co.uk), and to the CREATe website (create.ac.uk). All IP, music, and film enthusiasts are welcome!
Posted by Jeremy at 6:41 pm

Labels: IP in Music and Film, IP Society at Glasgow