The CopyKat - UK and Australian copyright reforms cause a stir

Breaking news from the IPKat,  prompted by an initial tweet from Iain Wright MP yesterday, who said "After two years in the making and committee sitting on Monday, Govt pulls copyright exceptions on private copying and parody. Farcical" with the IPKat explaining that  following the rather surprising news of the withdrawal by the Government of the exceptions on parody and private copying, the House of Lords Secondary Legislation Scrutiny Committee looking at the Statutory Instruments implementing the Hargreaves Review is now interested in just three provisions for the Statutory Instruments (the remaining copyright exceptions regarding regulation on access by individuals with a disability, on research, education, libraries and archives (here) and on public administration) and it is these and only these which will be going to Parliament for their implementation in June. While no mention was made of it during the Committee, the exception for quotation and parody has been pulled along with the private copying exception.  More here on the the reasons the latter was pulled. 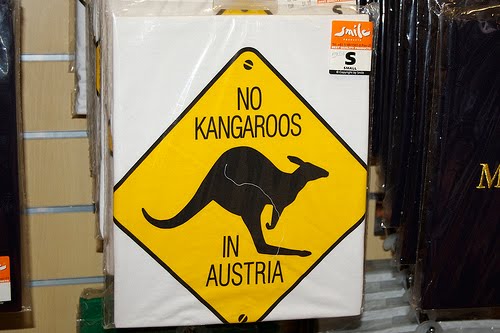 This from TechDirt: "We kind of expected this to happen, but after a long process in which the Australian Law Reform Commission (ALRC) carefully reviewed all sorts of proposals and evidence on copyright reform, and released some sensible proposals, Australia's Attorney General (who is also its Arts Minister apparently), George Brandis, has ignored all of it, preferring to only listen to a Hollywood front group, leading him to push for a three strikes plan and censorship in an attempt to "protect" Hollywood. He does this, even though some of the best research on how terribly ineffective three strikes programs have been comes from Australian scholar Rebecca Giblin." More here. 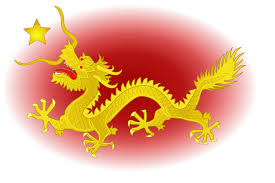 I found a very interesting blog piece on copyright law in China - particularly focussed on the music industry. Beginning with a historical perspective - and it's a brief history - prior to the 1990 Copyright Act there there had been a decade of intense internal debate over the appropriateness of copyright in a socialist system - and as author Eric Priest says, the more recent 24 year development is nothing compared to three hundred odd years of development in western nations - and partially explains why copyright protection is "substandard" in China - this legal infrastructure is very new.  It's all on a blog called China Music Business which I was unaware of until this blog popped up; Professor Priest is also of the opinion that "The law also lagged notably behind international standards, but laid the formal groundwork for legal recognition of authors’ rights in their creations and made copyright infringement an actionable offense for which civil remedies were available. The law also signalled China’s desire to show the international community that it took copyright protection seriously." And if you want another perspective take a look at Dan Harris on the China Law Blog who updates Priest's piece with a more positive take on some recent successes by the music industry in getting Chinese websites to take down infringing material - and indeed securing injunctive relief in the courts.

And finally: some call them trolls - some rely on their services - and they send out a lot of press releases - and now it seems "US copyright enforcement agency" RightsCorp is set on bringing its services – and controversial methods – to Europe and the UK: “We are expanding in Canada first, but we are investigating a launch in Europe. I can’t give any specific dates, but we are getting a great reception from everyone we have spoken to [in the UK],” RightsCorp co-founder and CEO Robert Steele told TechWeekEurope. The company's mission statement is this: "Rightscorp, Inc. is dedicated to the vision that digital creative works should be protected economically so that the next generation of great music, movies, video games and software can be made and their creators can prosper."
Posted by Ben at 8:22 am

again on the IPKat, Eleonora has updated with the following: £However, the most engaging UK Parliament website published the "House of Lords Business", and it would seem that the Draft Copyright and Rights in Performances (Personal Copies for Private Use) Regulations 2014 and Draft Copyright and Rights in Performances (Quotation and Parody) Regulations 2014 have not been officially pulled yet, but rather would be (re-)considered by the Joint Committee on Statutory Instruments on 14 May.

Merpel is not an expert on UK constitutional law so is not sure what this means. However, she's concerned that 14 May may be too late for entry into force of these Regulations on 1 June. Therefore she wonders whether the 14 May date may be just when the 'Game Over' label is placed on UK attempts to introduce private copying and parody exceptions, as well as a broader quotation exception?"

AND ANOTHER UPDATE! IP Minister Lord Younger has released the following statement:

"The government welcomes the fact that the Joint Committee on Statutory Instruments has concluded its consideration of three of the five copyright exceptions statutory instruments (SIs).
The Public Administration, Disability, and Research, Education, Libraries & Archives SIs will all be discussed in Parliament next week and subject to parliamentary approval will come into force on 1 June 2014.

The Committee has some questions about the private copying and parody exceptions that they would like to discuss with us. It is not unusual for the Committee to want to spend more time considering SIs, but it will have implications for the timetable given where we are in the parliamentary cycle. It is likely to mean these two SIs are implemented later than 1 June 2014.
While this delay is disappointing for both the government and many of our stakeholders, the government remains firmly committed to implementing each of these important exceptions to copyright law as soon as possible."