One of the most fascinating copyright references to the Court of Justice of the European Union (CJEU) in recent times is Case C-419/13 Art & Allposters International BV [so far available in 17 languages, but not English].  1709 Blog team member has already written on this decision for the IPKat weblog (here), having warned the world that this was the best of the bunch of rulings in the pipeline (here).  We now have the pleasure of hosting the following comment on the Advocate General's Opinion in that case from Valentina Torelli, who summarises the Opinion as follows:


"What if you wanted to experience the great sensation of furnishing your home with a canvas reproducing a work made by famous painters, let's say 'The singing fish' from Joan Miró?

Today, Advocate General Pedro Cruz Villalón released his Opinion in Case C-419/13 Art & Allposters International BV, which dealt with the exhaustion of the right of distribution of a copyright protected work's reproduction, sold or otherwise put in the market of the European Economic Area (EEA) with the consent of the right holder, and afterwards modified and redistributed in that new form.

The story started when Art & Allposters International BV marketed reproductions of famous paintings on the internet in the form of posters, framed posters, posters on wood or reproductions on canvas. In particular, the latter were obtained by applying the method called 'canvas transfer': this entails that a poster be affixed on a laminate coating and then through a chemical process the image impressed on the poster passes to a canvas which is framed afterwards. 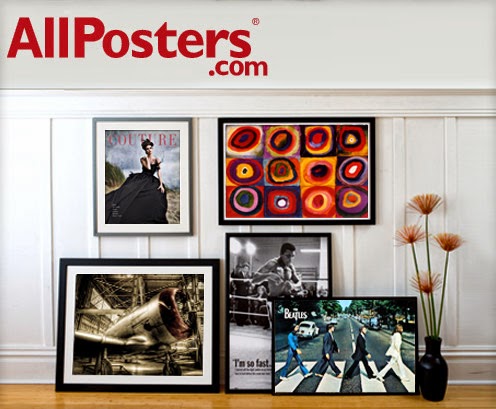 The Dutch collective society Stichting Pictoright, representing among the others various famous painters' heirs, unsuccessfully sued Allposters before the Dutch Roermond Court in order to prevent it from infringing its clients' rights. Later, Pictoright won in the appeal as the ’s-Hertogenbosch Court applied the Dutch Supreme Court's Poortvliet jurisprudence, which recognized the existence of a new publication of a copyright work when this work is distributed in a different form from the one in which the right holder originally placed the work in the market. The Dutch Court of Appeal concluded that the canvas transfer entailed a deep alteration of the work and that the right holders' consents were needed.

The dispute arrived before the Hoge Raad. On one hand, Allposters claimed that the case-law mentioned above had been erroneously applied because the exhaustion of the distribution right had been harmonized by Article 4 of Directive 2001/29 and that the subsequent alteration of the work's support did not affect the exhaustion of rights (occurring with the first commercialization of the tangible object by the right holder or with its consent). On the other hand, Pictoright argued that the right of adaptation has not yet been harmonized in the EU and that the Dutch case-law was thus still relevant.

The Hoge Raad referred the following two questions to the CJEU for a preliminary ruling:

Does Article 4 of the Copyright Directive govern the answer to the question whether the distribution right of the copyright holder may be exercised with regard to the reproduction of a copyright-protected work which has been sold and delivered within the EEA by or with the consent of the right-holder in the case where that reproduction had subsequently undergone an alteration in respect of its form and is again brought into circulation in that form?

(a) If the answer to Question 1 is in the affirmative, does the fact that there has been an alteration as referred to in Question 1 have any bearing on the answer to the question whether exhaustion within the terms of Article 4(2) of the Copyright Directive is hindered or interrupted?

(b) If the answer to Question 2(a) is in the affirmative, what criteria should then be applied in order to determine whether an alteration exists in respect of the form of the reproduction which hinders or interrupts exhaustion within the terms of Article 4(2) of the Copyright Directive?

(c) Do those criteria leave room for the criterion developed in Netherlands national law to the effect that there is no longer any question of exhaustion on the sole ground that the reseller has given the reproductions a different form and has disseminated them among the public in that form (judgment of the Hoge Raad of 19 January 1979 in Poortvliet, NJ 1979/412)?

Contrary to what Pictoright argued, the Advocate General advised that the canvas transfer did not entail any adaptation of the original work and that only the work's material support had been altered. In fact the transfer did not affect the image in the paintings as the method of reproduction was precisely directed to obtain the highest degree of identity with the original work while transferring the creation from the poster to the canvas.

The Advocate General explained that adaptation regards the work as an artistic creation, being possible to recognize the most emblematic form of adaptation in the cinematic reproduction of a literary work. One of the main features of the adaptation is the the use of different media and artistic techniques where the content of the artistic creation shape to the peculiarities of expression of the various arts. Further, adaptation may also occur in the light of an intervention on a work by means of a different media to create a totally different work in comparison to the original.

Accordingly the exact reproduction of posters on canvas precluded the dispute at issue from involving the adaptation of copyright-protected work. Thus, agreeing with Allposters, Advocate General Villalón concluded that Article 4 of the Copyright Directive was applicable, in that the present case referred to the right of authorizing or prohibiting any form of distribution of the original work or of its copies, with complete harmonization of the exhaustion of such distribution right.

The alteration of a work's reproduction as regards the support did have a consequence as to whether the exhaustion of the distribution right had been hindered or excluded, said the Advocate General. He draw these conclusions considering that the right of distribution either can be transferred in relation to all material support of a work or only in relation to some of them.

In fact, Article 4(2) links the exhaustion of the distribution right to the first sale or other transfer of the object in the EU by the right holder or with his consent. It is paramount to understand the case and the Advocate General's conclusions by taking into account that, when the propriety of a work's material support is transferred, the right of distribution is exhausted, while exhaustion of the copyright in a work (the subject-matter of which is the artistic creation) is a different matter. As observed by the Advocate General, all these considerations are also supported by the Recital 28 of the Directive 2001/29, which reads:

The Advocate General added that the canvas form in which Allposters sold the posters, which they had first acquired, resulted in such an alteration that a substantial modification of the copyright-protected work occurred. Indeed, Allposter incorporated the image of copyright-protected works in a canvas which was the same material support as for the original creations. To this extent the Advocate General went so far as to say that Allposter sold not the image of paintings but an equivalent of the paintings themselves. In any event, given the relevance of the alteration in which the works had been commercialised, Advocate Villalón concluded that Pictoright kept the right to control the distribution of the works' reproductions as it had not exhausted with the sale of the posters. Finally, the General Advocate did not pronounce on the specific conditions where the alteration is such to exclude that any exhaustion of the distribution right took place.

As to the relevance of the Dutch Poortvliet jurisprudence in the present case, the Advocate General reminded the court that the CJEU is only called to give guidelines on the compatibility of domestic law with the EU legislation.