The Penny Drops: the Convergence Survey 2009

It's one minute past midnight and the news embargo has come to an end. Today's the launch of the Penny Drops, this year's annual Convergence Survey, carried out by London-based law firm Olswang LLP -- which kindly supports this weblog -- together with research consultancy YouGov.

So what does this year's survey reveal? A good deal about the habits and practices of Apple iPhone users, for a start. Devotees of the iPhone are among the heaviest users of digital content, it appears, and are more willing than any other type of consumer to pay for a wide range of types of content. They are good customers for services like on-demand TV - not only on their phones (19% of iPhone users, compared to 3% of all those surveyed) but also on other devices, such as the main family telly (37% of iPhone users, compared to 26% of the survey base). 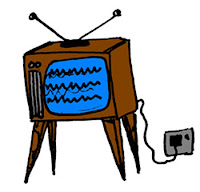 When asked about their future desire to use these services, iPhone users retained this extra enthusiasm. A remarkable 37% crave access on-demand TV via their mobile phones in the future, this being more than three times the figure for all respondents. iPhone users were even willing to make micropayments or pay subscriptions in order to secure access to a broad range of content. According to Matthew Phillips (a partner at Olswang but no relation of 1709 Blog team member Jeremy), the survey results show that the iPhone is changing consumer behaviour in some remarkable ways:

"The survey gives a fascinating insight into iPhone users' behaviour in terms of current use, intended future use and willingness to pay for a wide variety of content across a range of platforms and devices. Having discovered the habit and simplicity of paying for apps and other services on the iPhone, it would seem that iPhone owners are also more willing to pay for content of many types than the general online population. To maximise their revenue opportunities in the digital environment, companies need to build payment solutions into consumer propositions on other platforms that are as easy to use as that on the iPhone."

The survey was conducted by Olswang together with YouGov, by means of an online poll of 1,013 UK adults and 536 13-17 year olds. Olswang also spoke to more than 25 executives from leading businesses which are affected by convergence. Other findings of the survey include the following:

* films represent the content for which consumers are most willing to make micropayments, with 58% of adults saying they would pay, to access online, a film just released in cinemas, 52% saying they'd pay for to access a film which won't be on DVD for at least two months and 40% saying they would pay to access a film which is already on DVD or pay-TV.
* Among iPhone users, the corresponding figures leap up to 73%, 67% and 54% respectively.
* Consumers are surprisingly willing to pay for some content which they currently get for free, such as catch-up of the last seven days of TV. 30% of the online population as a whole, and 41% of iPhone users, were willing to make micropayments or set up a subscription to pay for such services.
* News for newspapers was relatively gloomy. Just 19% of adult respondents (and only 30% of iPhone users) showed any willingness to make micropayments or take out subscriptions for newspaper articles or columns.

"The digital ecology has a complex mix of free, ad-supported and paid-for content. As people look to access social media and consume music, films and TV shows on an increasing range of devices, it appears that they can be taught to pay, just so long as it is easy and painless and that they value what they receive in return. However, newspaper owners have an uphill struggle to convince consumers to pay."

• Most people find their current broadband speeds either often or always satisfactory for their current activities. Demand for super-fast broadband will only arise from the widespread adoption of the internet as a delivery mechanism to the main TV at home; 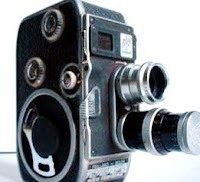 • Truly "convergent" behaviour – i.e. accessing the same content and services across a range of devices, is being driven by the increase in "connected devices" with internet or other network connectivity, even if for the businesses involved, that requires building different technical solutions for different platforms;
• The main TV screen, connected to the internet (as contemplated by Project Canvas) is most likely to succeed when people move further towards on-demand viewing. For the mass market, linear TV appears likely to remain the default behaviour. Ultimately, "connected televisions" where the network connectivity is built into the set itself, combined with the upgrade cycle for consumer electronics, might create the game-changing moment;
• Other than for a narrow core demographic, e-book readers are likely to find their market position challenged by the next generation of tablets and other next- generation devices;
• Traditional radio is not a habit that is being ingrained within the 13-17 age group, who would much rather use new streaming services and services where they can control what they listen to by setting up their own playlists;
• Price and ease of access are key factors for adoption of online alternatives to products such as DVDs;
• In the world of connected devices, where users increasingly rely on recommendations, the content of smaller players risks getting lost, in the absence of meaningful regulatory protection. Consumers are generally willing to share personal information to improve the quality of these recommendations;
• Businesses from a range of sectors identify Google's online dominence as an actual or potential threat to their businesses, but consumers' attitudes to Google are overwhelmingly positive. Businesses must devise strategies to retain control over the consumer relationship in the face of the power of the aggregator and/or the gatekeeper.