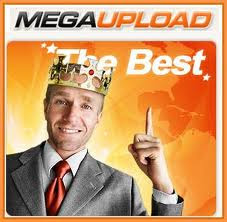 MagaUpload boss Kim (Dotcom) Schmitz has been denied bail by a court in New Zealand after prosecutors said there would be a real risk that he would flee New Zealand and evade extradition to the United States to face criminal charges. Schmitz's defence lawyers had argued that his passport had been seized, bank accounts frozen and his size (he is VERY large) made it unlikely he would be able to evade immigration officials. But prosecutors argued that the MegaBoss may well have other passports and other bank accounts, and that he had a history of evading criminal charges. Judge David McNaughton agreed with the prosecution, saying that "with sufficient determination and financial resources, flight risk remains a real and significant possibility which I cannot discount and bail is declined" adding that the unlicensed shotguns which were found at Schmitz rented mansion (he was apparently located by New Zealand Police locked in the mansion's panic room with a shotgun) suggested criminal connections, who could possibly aid an escape from the country. Schmitz holds joint Finnish and German nationality and it was feared he would escape to Germany, who perhaps might be less to hand over one of their own citizens to the US authorities. The bail decision will be appealed.

Schmitz will now be held in custody until February 22nd. The other three MegaUpload team members arrested in New Zealand last week were also remanded in custody, with each requesting separate hearings to present arguments to attempt to secure bail. Mystery remains about the role Swiss Beatz, Alicia Key's rapper and producer husband, played in the whole Mega business where it was thought he was CEO. US authorities have not named Beatz as a suspect, and cyber commentators claim the title was a 'courtesy' title.

In the wake of the arrests, a number of websites have taken steps to block unlicensed and infringing content with two, Filesonic and Fileserver, putting blocks in place so users can now only download content they themselves uploaded.

and http://www.guardian.co.uk/music/2012/jan/23/swizz-beatz-megaupload?newsfeed=true
Posted by Ben at 12:31 pm