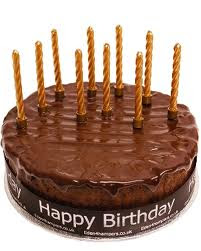 At the European Parliament in Brussels last Friday, Marielle Gallo, CRIDS and IVIR hosted a birthday celebration to mark ten years since the arrival of Directive 2001/EC/29 . A star-studded line-up, in true birthday speech tradition, revisited the Directive's past and pondered on its future.
The Directive's achivements to date were reviewed by Dr Lucie Guibault who identified gaps in community harmonization ( adaptation rights, moral rights) and regretted that the broad brush approach of optional limiutations for Member States had led to cherry picking and variance in the scope of limitations and exceptions by some States. Flexibility of limitations and exceptions were considered by Prof Martin Senfteleben, who expressed concern that mash-ups and UGC were not accommodated in the Directive.


Prof Lionel Bentley, a a presentation called "Harmonization by Stealth", demonstrated how the ECJ has, in cases such as the key Case C-5/08 Infopaq Int v Danske Dagblades Forening (2009) provided a definition of originality despite individual Member States having their own legislative or, (in the case of the UK) common law, definitions. What constitutes "a work", "a part" and "adaptation" have similarly been the subject of the ECJ's attention. Prof Bentley mischievously proposed that the ECJ had employed 5 techniques for their "stealth" tactics:

1. If in doubt all concepts are European
2. Dismissing Other Sources
3. Reliance on International Law
4. Systematic Interpretation and
5. Rewriting the Question.

One hopes Professor Bentley will publish a formal version of his very lively presentation.
US visitor, Prof Justin Hughes from Cardozo Law School in NY gave us a trans-Atlantic view of the birthday boy (or girl) -" largely uninterested" - and, in regard to the Berne 3-Step Test, reminded guests of the encouraging US Charming Betsy Doctrine whereby US national law should be interpreted so as not to conflict with international law.


Maria Martin-Pratt's outline of the EC DG Market Copyright Unit's agenda was followed by Prof Christopher Geiger from the Unibersity of Strasbourg. Prof Geiger led guests through the benefits of the Lisbon Treaty and the Charter of Fundamental Rights and the manner in which they confer a specific competency on the EU to creat a truly unified EU copyright law and, interestingly, by qualified majority of the Member States.


Harmonization was revisited by Prof Bernt Hugenholtz from the University of Amsterdam by reference to The Good (eg. an emergence of common principles), The Bad (costs of a complex legislative p[rocess, and slow responses to technological development) and The Ugly (lack of both transparency and formal academic or independent advice - the latter of which the WITTEM Project seeks to address). It was slightly alaming from the perspective of the English-speaking music catalogue to hear a lauding the advantages of the cultural subsidies in Continental Europe drawn from collecting societies' foreign revenues. These subsidies and the discriminatory pension payments which are enjoyed by composers and publishers in Continental Europe are largely funded by British and American creators' works - yet these same funders sadly enjoy none of the benefits.


It was left to Prof Severine Dusollier, from the University of Namur and the Director of CRIDS, to enchant with some truly creative ponderings about the purpose of copyright and, in a cleverly horticultural framework, pose some fresh models for all those locked in the "back to basics/new business models" debate.
All that remains is to ask whether the speakers will be developing their arguments and making them available more widely for the benfit of us all.
Posted by Harcourt at 3:46 pm

"These subsidies and the discriminatory pension payments which are enjoyed by composers and publishers in Continental Europe are largely funded by British and American creators' works - yet these same funders sadly enjoy none of the benefits."

Basic economics says that this separation of producer and beneficiary is essential to a rent seeker intention .

It is also common sense that if the makers of the product lived in the same country and had the same legal rights as the recipients of the rent, there would be problems.

Taking money from successful producers of product and awarding it to the unsuccessful is hardly a way of encouraging productivity.

Conflating taxes with rights owed individual entities is bad design; their purposes are opposite.

A question I hope you might be able to answer .

Australia used to have a very complex sales tax regime ( for example the tax on tissue paper in a box was much more than the tax on the same tissue paper if wrapped around a toilet roll). Australia in the year 2000 introduced a uniform Goods and Services Tax(GST) http://www.gstaustralia.com.au/.

GST (largely) replaced a complex and hard to see system , levied by both the Federal and the individual state governments , with a Uniform tax levied at the same rate on every transaction. (there are some exceptions, nobodys perfect)

Many of the EUs 'copyright' levies are transaction taxes; the nexus between the consent of a right holder and payment to the same right holder is clearly severed.

Doesn't the EU have any policy about aiming for a reasonably uniform transaction tax regime?