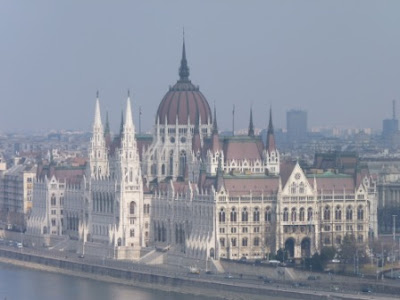 Under Hungary's presidency of the European Union in the first half of 2011, the European Commission successfully introduced the extension in the copyright term for sound recordings, increasing protection from fifty years to seventy years whuch was passed as a EU Directive in September 2011. But now Hungary is focussed on a far more local spat over copying - with allegations that Hungarian President Pal Schmitt plagiarised a Bulgarian academic's work for his doctoral thesis on the Olympics. Schmitt, 69, is a former Olympic fencing champion, and has been accused by HVG magazine (hvg.hu) of copying 180 pages of his 215 page 1992 dissertation on the Olympics in the modern age from earlier work by Nikolai Georgiev. A spokesperson for Schmitt said that the dissertation had been examined by professors at the awarding institution, the University of Physical Education and had been awarded the highest academic honours, and as both Schmitt and Georgiev were members of the International Olympics Committee (IOC), they knew each other well, had previously co-operated on research and had both used IOC documents in their work. Karl Theodor zu Guttenberg, Germany's defence minister, was forced to resign last year after it emerged he had copied part of his PhD thesis.

Schmitt is a close ally of Hungarian Prime Minister Viktor Orban who last year passed new media regulations promoting "balanced views" in Hungarian media and prohibiting coverage that might be deemed offensive to public morality or detrimental to human dignity - all overseen by a Media Council which consisted only of members of Orban's Fidesz party.