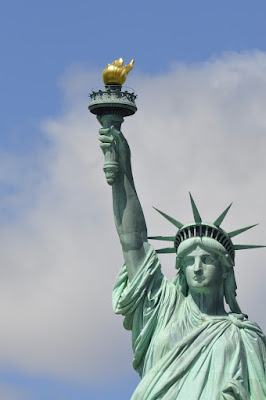 A UK student faces extradition to the USA after District Judge Quentin Purdy ruled that the extradition could go ahead at Westminster Magistrates Court. Richard O'Dwyer, a 23 year old studying at Sheffield Hallam University faces charges relating to his 'TV Shack' website that allegedly linked to infringing films and television programmes that could be found on other internet sites. No infringing material was held on the site although allegedly after it was closed down for the first time, O'Dwyer simply re-started it the next day and made substantial financial returns from selling advertising on the site. District Judge Purdy ruled that "there are said to be direct consequences of criminal activity by Richard O'Dwyer in the USA, albeit by him never leaving the North of England" adding "such a state of affairs does not demand a trial here if the competent UK authorities decline to act and does, in my judgment, permit one in the USA". O'Dwyer's lawyer, Ben Cooper, said the matter would be appealed to the High Court. In a completely separate action Christopher Tappie, a retired businessman, who faces extradition to the USA on charges of conspiring to sell batteries used in Iranian missiles, failed to halt his extradition before Lord Justice Hooper and Mr Justice Cranston and said he will now appeal to the Supreme Court. An independent review of the extradition treaty between the UK and USA by Sir Scott Baker concluded last year that the extradition arrangements were balanced and fair, but many criticise the legislation for favouring the USA and the case of Gary McKinnon, the alleged computer hacker, raised a number of concerns.

http://www.telegraph.co.uk/technology/news/9013961/Piracy-student-Richard-ODwyer-loses-extradition-case-over-TVShack-website.html
Posted by Ben at 5:33 pm

Extradition of British subjects is rarely out of the news, particularly with regard to cases involving the United States and in a more general debate with regard to European arrest warrants. Most of the media coverage is based on the legal issues involved, the ability of countries to deliver what we consider to be a fair trial, the level of evidence or lack of it that is required to enable extradition and the perceived inbalance in the UK / US extradition treaty.
However in all this coverage there is one word that does not appear and it is possibly the most important one of all, 'sovereignty'.
We are a sovereign nation with a well established democratic tradition, where citizens and visitors to the country are subject to the laws of the land and can be held to account by the judicial system within the UK. If a person in this country breaks the laws within the United Kingdom then they should be held to account for their action. If that person has left the country whether they are a UK citizen or not, they should be where possible extradited back to this country to be prosecuted.
Likewise if a British subject is overseas and commits an offence whilst abroad, they should be extradited back to that country after due process.
The problem is that living in the modern world, it is possible for British Citizens to never set foot outside of the country and to act in such a way that they are breaking the law in another country and find themselves arrested and subject to extradition. This is where we should all have a problem. Within our own country, we are subject to the laws of the country. The important word is 'subject'. As a British subject we are, to quote the dictionary definition, 'under dominion, rule, or authority, of a sovereign, state, or some governing power; owing allegiance or obedience to the state.'
The sovereign state that we owe allegiance or obedience to, has to be by its very nature our own country. We do not owe allegiance or obedience to any other country and therefore a British subject should not be held accountable for acts committed whilst in the United Kingdom by any other country but should be prosecuted to the full extent of the law within this country.
Lord Lloyd of Berwick, has said "The question as to whether to prosecute must be for the prosecuting authorities and it follows that the question of where to prosecute must also be for them. I cannot see how it can conceivably be resolved by a judge". A similar viewpoint was taken by the government review into extradition led by Sir Scott Baker.
It is very easy to get lost in the mire of legal argument when what is needed is the establishment of a set of simple principals, 'As a British Citizen I am subject to the laws of this country, if I travel abroad, I am also subject to the laws of any country I visit so long as I remain within their borders. If I commit an offence whilst in another country I may be extradited back to that country for trial.'
The question of where to prosecute is therefore a simple one, where was the person when they comitted the offence. If the answer is in the United Kingdom then they should be prosecuted in the United Kingdom.
It is worthy of note that when it comes to protecting their sovereignty three of the 120 signatories to the International Criminal Court responsible for prosecuting individuals of war crimes and genocide have withdrawn their signatures Israel, Sudan and the United States.
Surely if the United States considers that they should be the prosecutor for US citizens who may commit war crimes, then the United Kingdom, can withdraw it's signature from a treaty that allows someone sat in front of a computer in the United Kingdom to be extradited and tried in the United States for copyright infringement.

@Anonymous 11:58.
I share your concern. However the 'loophole' the current case (and that of Gary McKinnon and the NatWest Three) exploits is the American argument that the offence did occur on US territory as US citizens were able to access O'Dwyer's sites. This is the same argument as when a man stands in Canada close to the US border and fires a gun across into the US where another man is killed as a result. Where did the crime take place, in the US or Canada? Jurisprudence says the USA.
This very unsatisfacory state of affairs (in relation to the internet, not killing people) is set to get a whole lot worse if/when Congress pass the SOPA and PIPA. Then I expect we will see an enormous increase in the unilateral action by US companies against international websites without the need for court-issued warrants.
Also we should not forget that one of the main purposes of this extradition request is the publicity it generates. The studios and record companies want to scare people away from illegal downloading and they see this as a great way to spread the message.

Apologies. The last sentence of the penultimate paragraph of my previous post should read "Then I expect we will see an enormous increase in unilateral action by US companies against international websites through the use of ex parte warrants without the matter being properly tested in court."