In what has been hailed by the photography industry as a "landmark decision", District Judge Alison Nathan, sitting in the US District Court of New York, has held that it is an infringement of copyright to use someone else's photos which have been posted on Twitter (see the full decision here). Who would have thought? 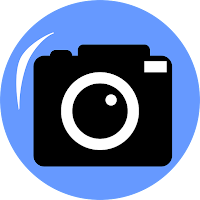 Photojournalist Daniel Morel took several photographs of the earthquake which shook Haiti in 2010 which he posted to Twitter, saying that they were for sale. Note that at the time Twitter's Terms of Service made it clear that users retained copyright in their content, and indeed the Terms of Service today say: "You retain your rights to any Content you submit, post or display on or through the Services" (though you do grant Twitter a worldwide, royalty-free, non-exclusive licence to that content).
Morel's photographs were subsequently copied by an individual living in the Dominican Republic, who then sold them to Agence France-Presse (AFP), who then shared them with Getty images. David Morel received no attribution or remuneration for the subsequent use by many media organisations worldwide.


AFP argued that either its conduct must have been licensed or "the uncountable number of daily 're-tweets' on Twitter and in the media where Twitter/TwitPic posts are copied, reprinted, quoted, and rebroadcast by third parties, all could constitute copyright infringements." The District Court explained however that "a license for one use does not equate to a license for all uses".
The US District Court reasonably held that "Construing the Twitter TOS to provide an unrestrained, third-party license to remove content from Twitter and commercially license that content would be a gross expansion of the terms of the Twitter TOS." Therefore AFP and the other media organisations that had used Morel's photographs without permission were liable for copyright infringement and for damages.


Getty argued that it was a service provider and that it should therefore be able to rely on the safe harbor defence provided for in the DCMA. The judge dismissed this argument.
To this blogger it seems clear that poaching content from social media sites is a clear infringement of copyright. So why did AFP take the claim as far as it did? The answer to that question probably lies in the millions of dollars of statutory damages claimed by Morel, on the basis that each illegal reproduction of his photographs by all of Getty's and AFP's members was an individual infringement. The US District Court however held that AFP was liable only once for each alleged "violative act" rather than for every copy of Morel's photos, limiting Morel's damages to between US$ 20,000 and 200,000.


This blogger enjoyed ArsTechnica's analysis:
"At this point, AFP should see that it clearly isn't going to win this case; and Morel should be able to see that he isn't going to become a millionaire because of AFP's mistake. After both parties take a breath and reduce their expectations, they may be able to reach a settlement."

This clearly isn't the "landmark decision" that some are alleging, but is an interesting discussion of the rights attributed to content posted to a social media website.
Posted by Unknown at 4:39 pm

Thanks for the update on this case, Iona. As you say, hardly a ground-breaking decision.
What interests me is the comment that Getty may somehow escape liability because they are merely acting as a safe harbor.
I don't know whether this is speculation on your part or based on some court documents I haven't seen, but I cannot see how Getty's operation could be treated as merely that of an Online Service Provider as defined in 17 USC § 512(k). Since Getty issues its clients with (sub-)licences to use their content which they in turn have licensed from the contributing photographers, each Getty licence implicitly or explicitly warrants that they are authorised to act as an agent of the copyright owner. In doing this they have moved into another legal category entirely. If further proof was needed, Getty attaches its own copyright label to images it licenses to others, thus breaking the stipulation to be found in both § 512 (and the European eCommerce Directive for that matter), that an OSP must not make any modification to the third party content it hosts or supplies (§ 512(a)).

Hi Andy, thanks for your comment. I think that this is my mistake in interpreting the judgment, and that Getty in fact failed on its safe harbor argument. I'll amend the post accordingly.

I have to say though I found this part of the judgment quite confusing and I think that others have too. In particular, pages 49 and 50 which say:

The record creates no disputed facts that Getty Images fails to satisfy any of these requirements, much less all of them."

Link to "landmark decision" goes to Baker & McKenzie site which will not allow access. Thank your for storty!

nice to see Getty Images getting one in the eye; they are very litigious when their images are misused ...