Term extension too late for Love Me Do 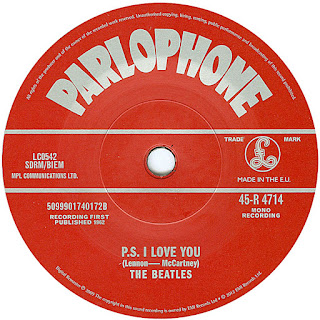 Two independent labels have released versions of the Beatles’ track 'Love Me Do' and it’s B side 'PS I Love You' which officially fell out of copyright on 31 December 2012 (after fifty years) against the backdrop of the sound recording copyright term being extended in Europe to a term of seventy years.

The term extension was agreed at a European level after a change of heart by the UK government and extensive lobbying by the recorded music industry. For the UK record industry, there was an real urgency, as it’s catalogue of mid-1960s recordings, including key Beatles and Rolling Stones releases, were approaching the end of their 50 year term. The extension, which was dubbed the Cliff Richard extension because an increasing number of the Peter Pan of Pop’s recordings would enter the public domain, was also helped by stories of ageing session musicians who might still earn royalties from the 1960s hits they were involved in, thanks to a rule that says any recording artists involved in a recording are due a cut of public performance royalties via collecting society PPL, despite past recording agreements with the record labels who released and usually owned the recordings and often pay disgracefully low royalties to artistes.

The European term extension now has to be incorporated into UK law and this is set to be done by November this year – and the UK's Intellectual Property Office has begun that work with a consultation on copyright, although clearly the principle of the extension itself is no longer up for debate. CMU Daily reports that in particular, there is a planned 'use it or lose it' provision which was extensively lobbied for by the Music Managers Forum amongst others on behalf of their clients - recording artistes - that will mean that labels must ensure that recordings 50 year old and over are available for consumption and purchase, otherwise a featured artist will be able to claim control of the copyright. Quite what 'making available' means, and how featured artists will go about claiming control, is still to be worked out, but Iona’s blog last week gave us a clue when it highlighted Sony’s actions in releasing a number of Bob Dylan tracks as a four-disk compilation of Bob Dylan songs, which was released last month to enable Sony (and therefore Dylan?) to cash in on the songs on Dylan's 1962 debut LP, which would otherwise have entered the public domain in Europe on 1 January 2013. Just 100 copies of the CD  'The Copyright Extension Collection, Vol 1' were released to selected record shops,

As Eleonora explained last week, input on all of thus is being welcomed by the IPO until the 4th March this year. EU provisions mean that the extension to 70 years must be in place by November.  However, those recordings released in 1962 which went into public domain at the end of last month will not benefit from any retrospective application of the change – and that includes the original recording of 'Love Me Do' and 'PS I Love You'.

CMU Daily reports that Digital Remasterings have included 'Love Me Do' on a compilation of very early Beatles recordings, mainly live recordings from their time working at Hamburg's Star Club and Pristine Classical, which specialises in releasing remastered versions of out-of-copyright classical recordings, has issued its own remaster of 'Love Me Do'.


And see Extending The Term  http://www.musiclawupdates.com/?p=174 and the CMU Daily website here http://www.thecmuwebsite.com/article/mmf-and-fac-speak-up-for-featured-artists-in-copyright-extension-consultation/
Posted by Ben at 6:18 pm

Labels: copyright term extension, love me do, ps I love you