Recent French Ruling on the Protection of Slogans 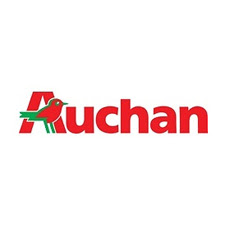 The issue of the protection of slogans (or taglines) as intellectual property is always of interest inasmuch as it is often perceived as existing at the crossroads of copyright and trademark law.

As we know, copyright protection raises thorny issues of originality (in short expressions) and trademark registration for such expressions is often complicated by their inherently promotional and laudatory nature.

However, a recent (June 9, 2015) ruling by the French Cour de cassation reminds us that general tort law should not be ignored in such cases and, in particular, in French law what is called parasitisme or parasitical conduct.

The Cour de cassation upheld the factual analysis of the lower court, which had held in favour of the plaintiff and stated that “Parasitism, for commercial traders, exists where one entity rides on the coattails of another by unduly benefiting from its repute or investments, irrespective of any risk of confusion”.

Following a syntactical, phonetic and visual analysis of the slogans at issue, the court found that the combination of two groups of three-syllable words ‘gros volumes’ and ‘petit prix’ placed on equal footing is not a part of common everyday language. It also found that the association of the two phrases to be original  and distinctive of Cora. Auchan used identical syntactical structure in forming its slogans, merely replacing the sign ‘=’ in Cora’s slogan with a coma, where the use of words ‘prix mini sur gros volumes’ and ‘gros volumes à prix mini’ had a resonance that was parallel to that of Cora's. Moreover, Auchan’s use of slogans, even after repeated warnings given by Cora, did not seem to be mere coincidence as there were numerous other ways to express the same idea. Finally, the court noted that Cora had carried out multiple advertising campaigns that contributed to its reputation.

Posted by FrenchKat at 4:55 pm